The latest action and horror flicks aren’t great, but documentaries and some Brattle picks shine 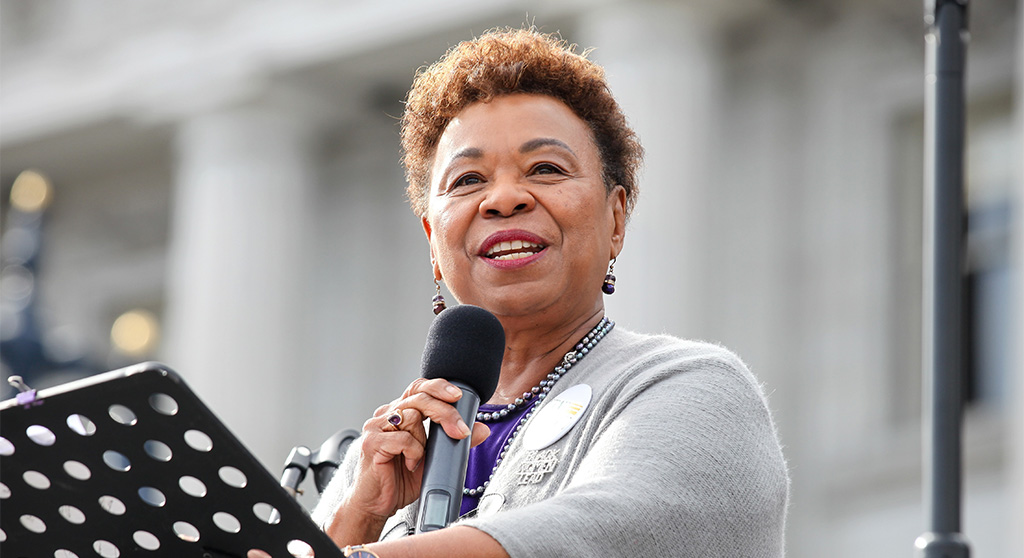 The latest action and horror flicks aren’t great, but documentaries and some Brattle picks shine

The best of 2020 continues at The Brattle tonight with Garrett Bradley’s gorgeously stylized documentary “Time,” which details the incarceration of Robert Rich, a black Louisianan, for a botched 1997 bank robbery in which one was injured. His “time” for it? Sixty years. The film’s not so much about Robert but about his wife, Sibil Fox, dogged in her pursuit of a re-sentencing and perhaps his freedom – she and Suffolk DA Rachael Rollins might have a few things to talk about. On Wednesday there’s “Ikarie XB 1,” the restored 1963 Czech sci-fi classic based on Stanislaw Lem’s 1955 novel “The Magellanic Cloud.” The Lem book would also serve as the basis for Andrei Tarkovsky’s “Solaris” (1972) and the 2002 remake by Steven Soderbergh. Finally, on Friday there’s Christopher Nolan’s mind-bending, secret-agent time-warp, “Tenet” starring Elizabeth Debicki, John David Washington, Kenneth Branagh and Robert Pattinson as the dubious martini-swilling operative who steals most every scene he’s in. (Tom Meek)

The fourth feature from South African director Neill Blomkamp (“District 9”) homes in on a young woman named Carly (Carly Pope) haunted by her mother’s murderous misdeeds some 23 years earlier. She hasn’t really seen mom in the time since, to distance herself from the trauma, but one day an old friend reappears with news that leads Carly to accept an odd invitation from a doctor at a big pharma company named Therapol Medical. The idea is to have Carly enter her mother’s mind using experimental technology roughly akin to what went on in “A Scanner Darkly” (2006). Natch, the treatment has side effects that manifest in the real world and, as you might expect, the doctors and corporate wonks at Therapol Medical have a hidden agenda. We also learn that there’s a supernatural connection to Carly’s mother’s homicides. It’s a leap, to be sure, and one that may have worked if the demons and night terrors registered as a more fully developed metaphor for Carly’s fear that she inherited her mother’s mental illness, or if Blomkamp was more committed to the conspiratorial and mythological aspects of the story.“Demonic” is yet another miss for a once promising filmmaker. (Sarah Vincent) Coming to Landmark Kendall Square Cinema, 355 Binney St., Kendall Square.

Another entry in which a traumatized woman (Rebecca Hall) deals with the supernatural specter of a family member – in this case, a husband who commits suicide while boating on a remote lake. Hall’s Beth and hubby Owen (Evan Jonigkeit) are New York City teachers who own a getaway house upstate. Beth returns there alone in the aftermath and begins to see, hear and interact with what she believes is the spirit of her husband. There are also discoveries that may link Owen to a few unsolved murders in the area. Directed by David Bruckner (“V/H/S”), “The Night House” is a genuinely creepy immersion driven by a writhing sense of dread and the tease of mystery. The eerie ambiance helps keep things afloat, but the real asset here is Hall, her large, luminescent eyes conveying wonder, shock and horror convincingly sans words as she plunges into an alcoholic spiral, guzzling brandy and scotch to forget but opening another gateway to torture from beyond. Is she suffering from mental illness, grief manifested, or … ? It’s a moody manipulation that may not have worked without its star. (Tom Meek) At Apple Cinemas Cambridge, 168 Alewife Brook Parkway, Cambridge Highlands near Alewife and Fresh Pond) and AMC Assembly Row 12, 395 Artisan Way, Assembly Square, Somerville.

Ann Hu’s subtly affecting tale follows the travails of Lan (Zhu Zhu), a Chinese woman who immigrates to America with her daughter Meimei (Harmonie He, wonderful) to get her child a better education. At the film’s opening we witness Meimei far behind her classmates in China; once on U.S. soil it’s learned that she has dyslexia and requires special attention at a school mom can’t afford – and with a two-year wait, to boot. Furthering the uphill battle, Lan can’t speak English, but luckily meets a wheelchair-bound writer (Amy Irving) who takes up their cause. As pat and overly melodramatic as that sounds – since dyslexia affects so many, you’d think a path to resolution would be well known and less fraught – Hu imbues it with nuance and deep empathy. She also has a pair of aces in her two leads. (Tom Meek)

Peabody Award-winner Abby Ginzberg directs this biographical documentary about U.S. Rep. Barbara Lee, who cast the lone vote against the Authorization for Use of Military Force resolution – the broad, jingoistic response to the Sept. 11, 2001, terrorist attacks. Lee’s vote exposed her to threats and criticism even from allies, but eventually bestowed her bipartisan credibility that she used to promote her progressive, practical legislation. Twenty years later, with U.S. troops withdrawing dramatically from Afghanistan with grave consequences, she seems prophetic. U.S. Reps. Ayanna Pressley and John Lewis and other recognizable political figures vouch for Lee’s moral leadership. The film also chronicles Lee’s life as a black woman born and raised in segregated Texas, and then as a divorced mother, taking us up through her election to Congress. Lee in interviews reflects on her experience and the effect it has had on her mission to fight poverty, racism and lack of access to health care. “Speaking Truth” may have a few missed opportunities in it, but it’s still a portrait of a woman true to herself as she fights systemic injustice. (Sarah Vincent) At Landmark Kendall Square Cinema, 355 Binney St., Kendall Square.

Jason Momoa of “Aquaman” stars in this high-energy but bland thriller about a tough-as-nails dad who stumbles into a corporate conspiracy and cover-up when trying to get cancer health coverage for his wife. The “girl” of the title is Rachel (Isabela Merced), the daughter of Momoa’s Ray Cooper, who tags along insistently for all the bang-bang, shoot-em-ups Ray gets into on his way to the head baddie. Like dad, Rachel’s a defense and martial arts expert, and she lays down some big hurts of her own. The production values are high and Momoa and Merced, as well as Manuel Garcia-Rulfo as the hitman on their trail, do an admirable job of trying to carry it, but the overly complex and ridiculous plot, driven by inane dialogue, gets the film tossed in the dud bin. (Tom Meek) On Netflix.

John David Washington’s thespian stock has been all over the place – perfect in Spike Lee’s “BlacKkKlansman” (2018), strangely aloof and less than heroic in Nolan’s “Tenet” (2020, and playing at The Brattle this week) and somewhere in between in this year’s “Malcolm & Marie.” Here, as the title character in this engrossing yet cockamamie thriller, he’s more miss than hit. We set off with Beckett and his S.O. April (Alicia Vikander, “Ex Machina”) as tourists on a Greek retreat, strolling ruins, when they get into a severe auto accident. Beckett wakes alone in a hospital and is visited by an interrogating police officer who seems more accusatory than sympathetic. Turns out there’s a conspiracy afoot, and Beckett, seeing something during the crash, becomes the wrong man in the wrong place at the wrong time. Needless to say, the cops come for him with shoot-first, ask-questions-later protocol and Beckett, unable to speak the native tongue, must make his way to Athens and the U.S. embassy. As directed by Ferdinando Cito Filomarino, the action is intermittently impressive and impressively implausible, yet always propelled by visceral grit. The bigger schemes that dig into Greek politics intrigue, but feel like drapes grossly mismatched with the carpet. Another streaming actioner that feels like a pumped-out product riding its star’s marquee. (Tom Meek) On Netflix.

A Boston-based version of “The Lego Movie” (2014) or “Ready Player One” (2018) that has Ryan Reynold’s uber-generic Guy waking up each morning and strolling through the streets of our glorious Hub as carjackers and peeps in “sunglasses” kick the living hell out of those without cool shades. What’s going on? Well, Guy and such are NPCs (non-player characters), the ones in “Grand Theft Auto” that are the wallpaper and not character players looking to rule the virtual world. Outside that there’s the coders delivering “Free City” to the gaming hordes. Guy’s something like AI morphing code that learns and adapts on its own, but he falls for game creator Millie, who drops in as a “skin” known as Molotov Girl (Julie Comer, the sun to this solar system). There’s some cheeky good play on the Marvel Universe franchise, and Taika Waititi (director of “Jojo Rabbit”) as a software company head and aging hipster megalomaniac makes for good fun, but it feels like there’s a whole other gear to be explored. That said, there’s devilish local love in seeing timeless landmarks and seashores digitally embellished and rendered in new ways. At times you can spot only ephemeral wisps of the Financial District or Revere Beach Boulevard in the bigger Free City urbanscape; at other turns, when the gamers be gaming, choppers and rocket fire demolish founding father facades in the blink of an eye – the second time onscreen that the Hub’s been reduced to rubble since Godzilla hosted his smackdown with Ghidorah at Fenway Park in “King of the Monsters” (2019). (Tom Meek) At Apple Cinemas Cambridge, 168 Alewife Brook Parkway, Cambridge Highlands near Alewife and Fresh Pond) and AMC Assembly Row 12, 395 Artisan Way, Assembly Square, Somerville.