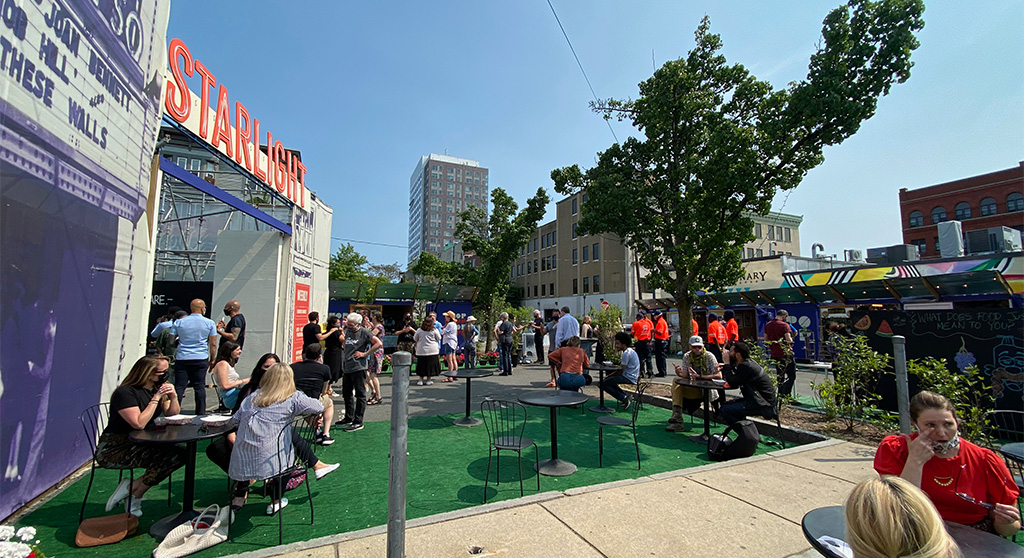 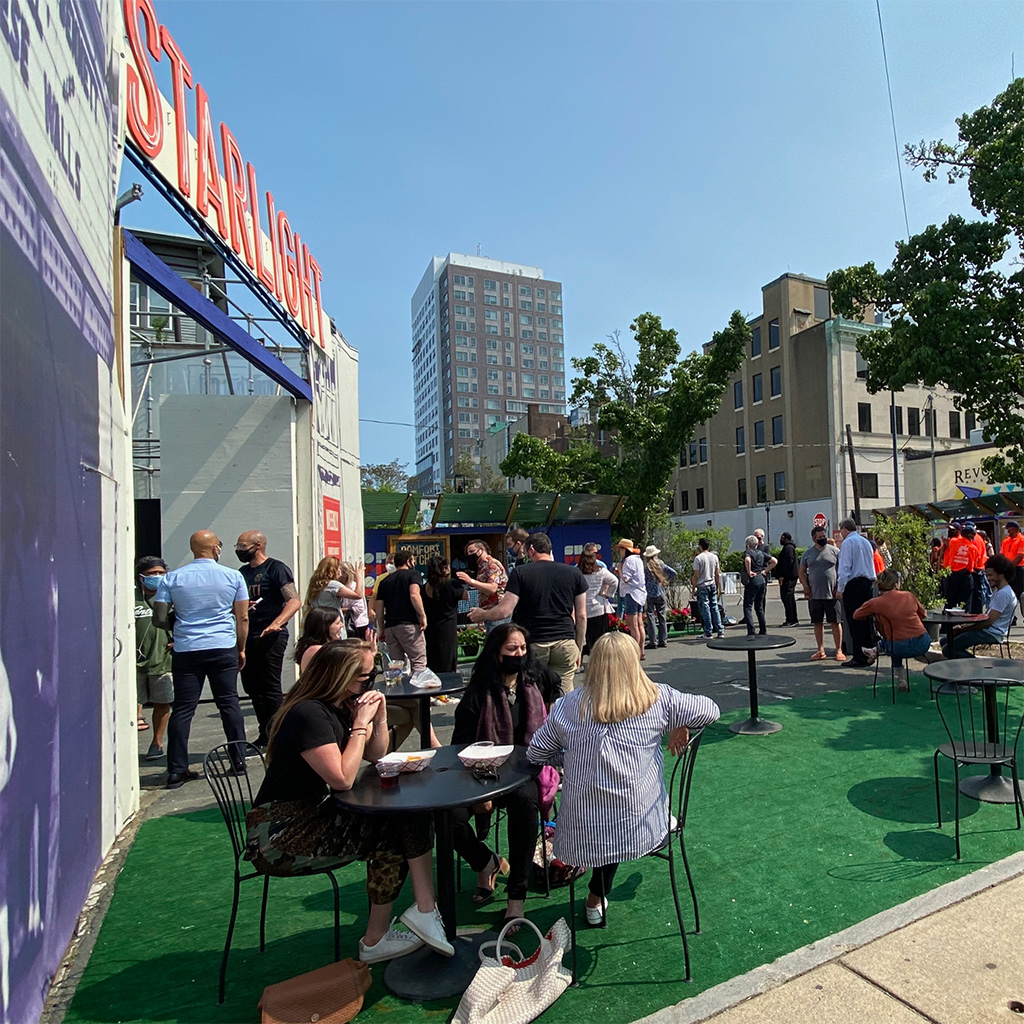 Starlight Square in May. It’s before the Board of Zoning Appeal on Thursday, (Photo: Marc Levy)

Making a neighborhood in Alewife

City Council, 5:30 p.m. Monday. Not many hot-button topics here! This meeting is led by new business such as forming an Alewife Overlay District Zoning Proposal Working Group to make a neighborhood out of an area where first apartments and then life-sciences labs have made development lopsided; creating a lifeguarding program that will let the city keep its pools open longer than the usual schedule mid-June to Labor Day, considering how quickly the region is warming; and setting water-and-sewer rates, which are proposed to grow consistent with previous years. A 6.7 percent increase would mean about $67 more annual for the average single-family home. There are a couple of issues back from being paused at the previous meeting, including a fire engine purchase that councillor Patty Nolan wants to see in an electric version, and the city is wishing well to retiring police Superintendent Leonard DiPietro (on the force since 1983) and Lt. Daniel Reagan (since 1991).

Porter Square Cycling Safety Ordinance pop-up information session, 3 to 7 p.m. Tuesday. Meet in person with city staff to talk about changes to Massachusetts Avenue from Beech to Roseland streets in Porter Square, part of the Cycling Safety Ordinance; and getting updates, answers and probably a rundown of a similar meeting held the previous week. The session will be outside the Lesley University’s Lunder Arts Center, 1801 Massachusetts Ave., Porter Square.

School Committee budget workshops, 6 p.m. Tuesday and 6 p.m. Thursday. In these meetings about the fiscal year 2023 budget, the first is listed as virtual and televised (but able to be watched via the committee’s website); and the second is listed as meeting in the Dr. Henrietta S. Attles Meeting Room at Cambridge Rindge and Latin School, 459 Broadway, Mid-Cambridge, as well as being televised and watchable by Zoom video conferencing.

Solutions in helping the unhoused

Human Services & Veterans Committee, 5 to 7 p.m. Wednesday. This committee run by city councillor Marc McGovern will talk about the Jan. 31 final report from the Ad Hoc Working Group on Homelessness. The report includes 34 short-, mid- and long-term proposals ranging from creating a 24-hour drop-in center to “a time-limited moratorium on market-rate housing development to focus on creating low-income housing.” There are 500 people on the streets on any given night, and they are disproportionately black and Hispanic, the report notes. The committee meets at City Hall, 795 Massachusetts Ave., Central Square.

Board of Zoning Appeal, 6:30 to 11:30 p.m. Thursday. Two institutional uses could be decided here: creating a first-floor food stand at 134 Massachusetts Ave., Area II, the former Metropolitan Moving & Storage structure that the Massachusetts Institute of Technology decided in 2015 to convert for student uses; and to move Starlight Square from operating under a Covid-era executive order to more traditional licensing, which would mean the outdoor entertainment complex can go on as a replacement for a municipal parking lot at 84 Bishop Allen Drive, Central Square. “Since its opening in August 2020, Starlight Square has provided residents with a central location for essential services and experiences to transition outside. This includes everything from worship and out-of-school time education to performance and food distribution,” the Central Square Business Improvement District says in its application. Watchable by Zoom video conferencing.

This post was updated March 21, 2022, to delete an event taking place next week.