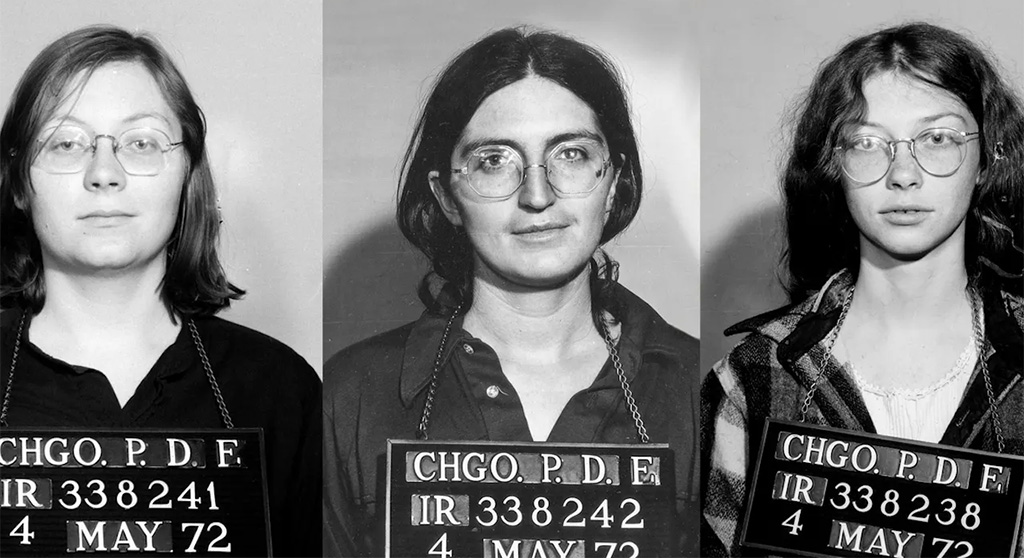 We’re into Pride Month. Playing at Landmark Kendall Square is Terence Davies’ arresting biopic “Benediction” and on Hulu, we’ve got Andrew Ahn’s queer spin on “Pride and Prejudice,” “Fire Island.” Kendall Square is also running a Pride Month throwback with “To Wong Foo, Thanks for Everything! Julie Newmar” (1995) on Tuesday, “But I’m a Cheerleader” (1999) on June 21 and Merchant-Ivory’s “Maurice” (1987) on June 28. Below are Pride Month streaming suggestions from Day staff.

Gene Hackman in drag sashaying across a dance floor, Nathan Lane learning to walk like John Wayne and Robin Williams mimicking moves by Twyla Tharp, Martha Graham and Madonna are all part of “The Birdcage,” a rare bird of a comedy that defuses prejudice without feeling like a message movie. Directed by Mike Nichols (“Who’s Afraid of Virginia Woolf,” “The Graduate,” “Working Girl”), and written by his longtime collaborator Elaine May (“A New Leaf,” “Ishtar,” “Micky and Nicky”) this remake of the 1978 French film “La Cage aux Folles” may seem like a lighthearted comedy, but its brilliance lies in making the serious stuff go down like sugar. The simplest of plot premises – bringing one’s fiancé home to meet the parents – turns into a delectable soufflé, a satire on conservative politics (Coalition for Moral Order, anyone?), a celebration of Miami’s gay community and a progressive take on family values. Both farce and heartfelt dramedy, “The Birdcage” was commended by the Glaad for “going beyond the stereotypes to see the characters’ depth and humanity. The film celebrates differences and points out the outrageousness of hiding those differences.” Released at a time mainstream gay cinema was still finding its feet, “The Birdcage” legitimized the genre with big-time commercial bona fides, raking in nearly $200 million globally in its first 14 weeks. Who could have predicted the world was ready to see Williams coach Lane on how to drink cappuccino like a man, telling him to “Get your pinkie down. It’s up again.” (Federico Muchnik) On Amazon Prime Video, Hulu and HBO Max.

No, not the big financial institution, but a bold splash that brought the transgender experience to the fore before there was Caitlyn Jenner or “Tangerine” (2015). We catch up with Bree (Felicity Huffman) a person in transition from being a man to becoming a woman. They’re a surgery or two out from full reassignment when they learn that as a man they fathered a son some 17 years earlier. The son, Toby (Kevin Zegers), is a brooding New York City street hustler who has porn star aspirations. Bree lives in L.A. What ensues is a bonding road trip back across the country (trans-America) with the broad differences between parent and offspring clashing and eventually melting, as well as the rush to judgment bias and accept-you-as-you-are values of various American factions on full display, with native and Latino cultures more open and accepting than cis-hardened red state caucasians. Huffman was Oscar-nominated for her performance, and rightly so; it’s a quiet, subtle take done with empathy and and a deep respect. At its core, “Transamerica” etches a universal journey about a person finding themselves, connecting with their past and seeking to make a critical parental connection. Above that, it’s a mirror for most of us to take a good look at ourselves and our ability to accept others for who they are. (Tom Meek) On Peacock.

Dome Karukoski’s biopic registers the definitive portrait of homoerotic artist Touko Valio Laaksonen. Viewers need not know fully about Laaksonen to be engaged. Performer Pekka Strang depicts Laaksonen with a confidence and swagger disproportionate to the insurmountable odds that he faced as a soldier fighting against Stalin’s Russia in the Winter War that would slide into World War II, and later as an activist in the international Cold War against same-sex relations and the homophobic scapegoating of a community during the AIDS pandemic. Though Finland criminalized same sex relations, Laaksonen’s ability to dream and create fueled his artistic vision. The ghost of war and trauma became muses cheering on his satirical fetish art, which transformed threatening tormentors into a beckoning aesthetic ideal with plenty of biker beefcakes and overly uniformed men of authority. “Tom of Finland” reminds us of past homophobic laws that sought to suppress, erase, and eradicate people for their sexual orientation, and was the Finnish entry for Best Foreign Language Film at the 90th Academy Awards. (Sarah Vincent) On Amazon Prime Video.

Director Francis Lee crafts a poignant tale of restrained passion that’s equal measures coming-of-age and tender love story between an unlikely pair. Josh O’Connor and Alec Secareanu star as Johnny and Gheorghe, men who toil together on a farm and soon begin to develop feelings for one another. Johnny is the son of the aging couple who own the land (and is ostracized in the small British burg), while Gheorghe is a Romanian immigrant who has far more agricultural know-how than Johnny. Beyond the palpable chemistry between the two leads, the film’s magic lies in the natural beauty surrounding them, with as much focus on the lush muddy earth as the exposed flesh that lay atop it. It’s a portrait of inextinguishable passion despite the harsh winds of hate that the lovers must endure outside of their bucolic oasis. We gave the film four out of four stars. (Ally Johnson) On Hulu.

A tribute to recently passed Ray Liotta lights up The Brattle this Wednesday with a screening of Jonathan Demme’s “Something Wild” (1986), the film that put the actor on the map and not too far out from star turns in “Field of Dreams” (1989) and “Goodfellas” (1990). Up until his casting here, Liotta had mostly been languishing in daytime soaps. In the madcap road caper, Liotta plays a jealous husband just out of jail and after his estranged wife (Melanie Griffith), who has enlisted a reluctant yuppie (Jeff Daniels) in a flight of perilous whimsy. For the 100th anniversary of Bloomsday (June 16, the day James Joyce’s novel “Ulysses” tales place) there’s a screening of Alan Adelson and Kate Taverna’s 2012 documentary “In Bed with Ulysses” on Thursday – natch! Then for Father’s Day it’s a four-day run (starting Friday) of Kubrick’s “The Shining” (1980) with Jack Nicholson portraying one of the most diabolical on-screen dads of all time. Also on Friday, The Brattle begins a weeklong run of Anisia Uzeyman and Saul Williams’s Afrofuturist, sci-fi punk musical “Neptune Frost” – review forthcoming. (Tom Meek)

Wrapping up the excellent Hard Boiled Double Features series at the Somerville Theater this week are pair of classic noirs: Edgar G. Ulmer’s “Detour” (1945), in which a wayward piano player (Tom Neal) gets dragged into a web of deceit, blackmail and murder; and Welles’ incomparable “Touch of Evil” (1958), with Charlton Heston and Janet Leigh as newlyweds caught up in corrupt misdeeds in a seedy border town where Welles is the dirty cop pulling the strings. We all know how revered “Citizen Kane” (1941) is, but this the Welles for me – the director’s true signature. Previous to “Touch,” Welles had been cast aside by the studio system; after this dark, tawdry turn, he became a full-on outsider. The score by Henry Mancini (“The Pink Panther”) and cinematography by Russell Metty (“Spartacus”) are superb. (Tom Meek)

Academy Award nominee Tia Lessin (“Citizen Koch”) and Emmy Award nominee Emma Pildes (“Jane Fonda in Five Acts,” “Spielberg”) team up to create a comprehensive documentary about the Jane Collective, officially known as the Abortion Counseling Service of Women’s Liberation, which operated in Chicago from 1969 to 1973. With roots in the 1960s civil rights and anti-Vietnam War movement, a group of young, leftist women ran afoul of the law by offering illegal abortions and the Mafia by cutting into its profits. Once the Supreme Court ruled in Roe v. Wade in 1973 that women have the right to privacy and health care, the Janes’ services were no longer needed. The recent release of a leaked draft opinion from the conservative majority Supreme Court has again put women’s rights under the microscope. The film excels at conveying a chaotic era, enlisting archival footage and interviews with Jane members, medical providers and a reluctant, gentle-giant abortionist. It’s a time capsule of an era when denied rights were a rallying point that has sadly returned. (Sarah Vincent) On HBO Max.

Robert H. Lieberman’s documentary, with its lush, grand vistas of the rolling Mongolian plains, chronicles the enigmatic country’s origins, its notorious conquering leader and modern identity. It’s well balanced in that, while many talking heads are western scholars, there are plenty of Mongolian activists, politicians and intellects to reflect on the culture in their own voice. Lieberman uses animation to give us a recap of Khan’s legacy as the greatest conquerer in history, which is complicated – he instituted religious tolerance and had a no-kidnapping-of-women policy, but was also ruthless (if a conquered area rose up, he’d wipe them out) and his DNA is everywhere (20 million people), and grandson Kublai would go onto become the ruler of the Chinese Yuan Dynasty in the 13th century. Also explored is the Central Asian country’s later uneasy alliance with Stalin-led Russia. What resonates most in the film is Mongolian pride, the connection of the people to the land, the sense of spirituality, lore and community. One of the best tidbits is how Mongolian herds solve the problem of living with predators such as wolves, leopards, foxes and the ginormous golden eagle. (Tom Meek) Coming to streaming services Tuesday for rent.