‘Marry Me’ is atop your Valentine’s Day sundae, Bugs Bunny, and Sci-Fi Fest and ’thon are back 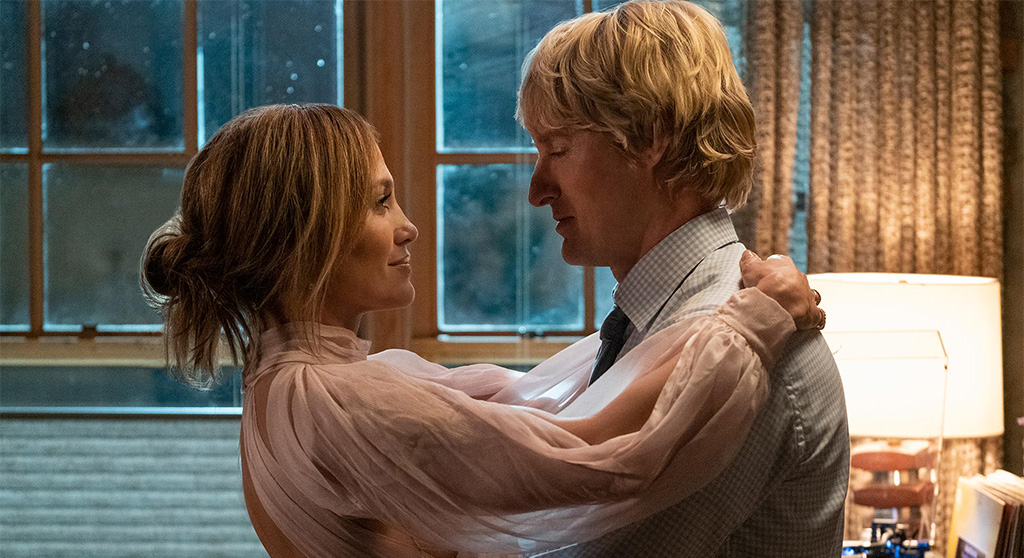 ‘Marry Me’ is atop your Valentine’s Day sundae, Bugs Bunny, and Sci-Fi Fest and ’thon are back

As part of its Valentine’s Day program, The Brattle carries on its “Great Romances” programming tonight with George Cukor’s romance classic “The Philadelphia Story” (1940) starring Cary Grant, James Stewart and Katharine Hepburn. On Monday it’s the quotable medieval rom-com quest “The Princess Bride” (1987), with a wildly eclectic cast that includes André the Giant, Cary Elwes, Christopher Guest, Mandy Patinkin, Peter Falk, Robin Wright and Wallace Shawn. Moving into the creepy and outré, The Brattle cues up Guillermo del Toro’s Academy Award-winning fishman affair, “The Shape of Water” (2017) on Tuesday with James Whale’s “The Bride of Frankenstein” (1935), starring the indelible Boris Karloff as the bolt-necked monster who just wants to be loved. On Wednesday it’s Céline Sciamma’s heart-searing tale of taboo love, “Portrait of a Lady on Fire” (2019), and closing out the program on Thursday is Makoto Shinkai’s tale of teenage love in Tokyo, “Your Name” (2016).

On Friday, The Brattle kicks off its annual school vacation week’s worth of “Bugs Bunny Film Festival” shows, followed by a special engagement screening of “Strawberry Mansion.” This quirky arthouse sci-fi odyssey by Albert Birney and Kentucker Audley feels like something Terry Gilliam and Michael Gondry might dream up if they collaborated. It plays the later evening time slot.

Speaking of sci-fi, the 47th Boston Science Fiction Film Festival kicks off Wednesday at the Somerville Theater and runs through Feb. 21, concluding with a 24-hour marathon. This year’s fest boosts 30 features, shorts lumped together under the names of literary icons such as Bradbury and Heinlein, and workshops. Some of the intriguing entries – some available virtually – include “Alien on Stage,” Lucy Harvey and Danielle Kummer’s documentary about a U.K. stage adaptation of the 1979 classic by Ridley Scott; “Abandoned Creatures”; “You Are Not My Mother”; and “Cockazoid”; the workshops include a few directors’ roundtables held at the nearby Burren; and marathon titles include “I, Robot” (2004), “The Omega Man” (1971), “Interstellar” (2014) and “Outbreak” (1995). For some classics outside the ’thon, a sci-fi matinee on Saturday includes a big-screen showing of classics “The Day the Earth Stood Still” (1951) and “Jason and the Argonauts” (1963).

Also on that big screen tonight, the Somerville Theatre shows David Lean’s WWI classic “Lawrence of Arabia” (1962), which is breathtaking on any screen, but an experience when shown in the widescreen format it was shot in.

A highly predictable yet enjoyable air kiss of a rom-com. Jennifer Lopez plays, well, a storybook version of her J-Lo persona named Kat Valdez, a pop star with a hit song called “Marry Me” that she co-wrote and co-performs with her beau, named just Bastian (played by Maluma, who like J-Lo is borrowing on his stage incarnation). The power couple are going to perform it at Madison Square Garden show and tie the knot mid-concert, but guess what? A video of Bastian and an assistant frolicking in the near nude hits the ’net. Kat, getting the bad news, is already up on the stage. So what to do – break down and cry? Nope, Kat pulls a random geeky dad from the audience (Owen Wilson) to exchange vows with. Wilson’s Charlie happens to be there only because his daughter (Chloe Coleman) is a huge Kat fan. You can only imagine where things go from there: romantic ebbs and flows as Bastian tries to work his way back to Kat, and teacher Charlie struggles with the hounding paparazzi. The snazzy pop tunes and peek at a star’s life deepen the whimsy some, and devilish comedic barbs are provided by John Bradley, so good in “Moonfall,” though a bit restrained here as Kat’s right hand, and Sarah Silverman. At Apple Cinemas Cambridge, 168 Alewife Brook Parkway, Cambridge Highlands near Alewife and Fresh Pond, and AMC Assembly Row 12, 395 Artisan Way, Assembly Square, Somerville.

The latest from director Josephine Decker, the force behind such critically hailed indie gems as “Madeline’s Madeline” (2018) and the gothic biopic “Shirley” (2020), has a bit of a falloff here with this experimental coming-of-age tale about a young girl (Grace Kaufman) trying to come to terms with the sudden death of her older sister. Lennie lives with her pothead uncle (Jason Segel) and grandmother (Cherry Jones) in the lush greenness of a California forest town. At school she plays the clarinet and has a crush on the resident woodwind magician (Jacques Coleman); at home she begins a tenuous romance with her sister’s old beau (Pico Alexander). And of course, there’s the mean girl (Julia Schlaepfer) in the mix to thwart potential paths to happiness. Sounds like your basic teen romance, but it’s not – Decker peppers it with a dour darkness and cinematic whimsy (animated notes come flying out of a clarinet and knock adoring listeners out). It doesn’t all stick, but Decker and Kaufman hold on to that internal grief and purr of hope that remains the film’s beating heart throughout. At Landmark Kendall Square Cinema, 355 Binney St., Kendall Square.

Another predictable rom-com for V Day that, like “Marry Me,” runs on miscommunication, withheld emotions and preposterous twists and turns that threaten to upend the happiness of the moment and perpetuate another chapter. Here we’re dealing with jilted lovers Peter (Charlie Day) and Emma (Jenny Slate) scheming to get back their exes, Anne (Gina Rodriguez) and Noah (Scott Eastwood). Peter, who’s never met Noah, signs up as one of his personal-training clients; Emma gets a role helping Anne’s new beau (Manny Jacinto) put on a school play. Threesomes, molly and Pete Davidson make their way into a mix that could have have benefited from some of Sarah Silverman’s sass from “Marry Me.” On Amazon Prime Video.

Steven Soderbergh, the hip auteur behind such critical hits as “Out of Sight” (1998), “Traffic” (2000) and the “Ocean’s Eleven” films, as well as the pandemic-prescient “Contagion” (2011), sets a thriller against this tired Covid moment (about half the people we see along the streets or in the office are wearing masks) in Seattle, where a tech worker discovers a potential murder in the file base of the titular entity – a Siri or Alexa competitor that uses humans to edit communication/response bugs. Zoë Kravitz plays Angela Childs, an agoraphobe who never leaves her spacious loft (it’s a gorgeous space that would make for a killer Super Bowl party) and toils by day for the startup behind Kimi, wading through flagged audio problem cases. If you were fearful of what Siri or Alexa might overhear and report back to the mothership, this is it; as this is a thriller written by David Koepp (“Jurassic Park,” “Spider-Man”), it gets into the inner workings of corporate greed. Some of the distorted POV shots of Angela trying to go outside are viscerally well done. The film, one of the many projects Soderbergh’s been churning out for the streaming world after a brief retirement in 2016 (“No Sudden Move,” “Let Them All Talk” and “Unsane” among them), does fall into pat thriller trappings in the third act; until then, Angela and her dark past and phobias make for a great character study atop the data mining side of big tech.