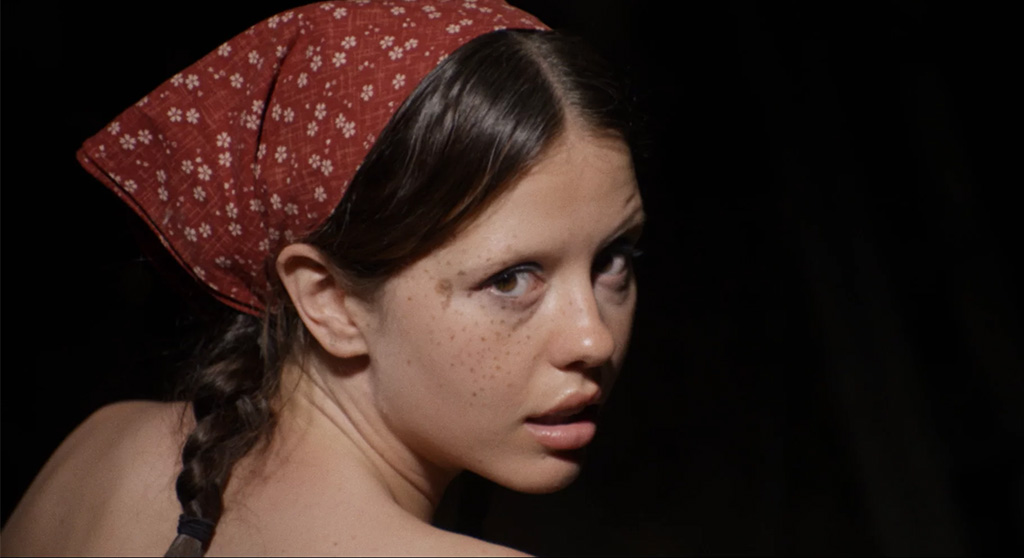 Filmmaker Ti West (“The Innkeepers”) formed a mumblecore/mumblegore pack with Joe Swanberg (“Drinking Buddies”) and Adam Wingard (“You’re Next”), contributing to the lo-fi horror compendium “V/H/S” back in 2012 and continuing to contribute to each other’s projects over time. Here he goes solo to pay homage to “The Texas Chain Saw Massacre” – the 1974 original, not the slack update available now on Netflix. The setup in “X,” which takes place in the 1970s and is shot in grainy era style by West and longtime cinematog collaborator Elliot Rockett, is simple: A bunch of young adult filmmakers see the lucrative advent of the home video market on the horizon and rent a ramshackle lodge on a farm to make their own porn opus, “The Farmer’s Daughters.” The cheeky film-within-a-film pays its own homage, this time to flicks featuring Marilyn Chambers and her golden-age-of-porn contemporaries. Of course the old couple they rent the space from aren’t in on the whats and whys, and like “Deep Water,” that Adrian Lyne project appearing on Hulu this week, sex without full consensual buy-in by all parties has deadly ramifications.

In sync with “Fresh,” another recent Hulu release, “X” is something of a cinematic double clutch, two movies fused into one. In “Fresh” we go from rom-com to horror flick halfway in, which is where the credits roll. Here we amble along with the raucous lo-fi porno filmmaking fun until Pearl (the name of the actress under the mound of latex shall remain unnamed), the elderly woman who owns the property, catches a glimmer of an athletic sex scene from outside a window. Despite the preacher perpetually barking about morality on her TV up in the main house, the peep does not educe anger but instead incites lust. It’s also here that Lorraine (Jenna Ortega), the girlfriend of the film’s camera operator (Owen Campbell) who fills in on sound boom duty,  decides she too wants to get in front of the camera for a rigorous romp with the film’s lead (Kid Cudi, “The Harder They Fall”), much to the chagrin of her beau. “It’s just business,” quips the film’s producer, Wayne (Martin Henderson, a dead ringer for Matthew McConaughey in form, inflection and demeanor), something he knows something about – his girlfriend Maxine (Mia Goth, “High Life” and “Suspiria”) is one of the two daughters (Brittany Snow, sassy and excellent, is the other) who hook up with a strapping passerby (Cudi). Before any division can work its way through the crew, one of them goes missing. There’s some devious, decaying funk down in the basement of the main house and the seniors, well into their age-spotted 80s (it’s 1979, and he served in World War I), aren’t quite as feeble as their creaky, hobbled lopes initially indicate; and you know that big gator down in the pond is going to have something to say at some point.

The concept of creepy elders orchestrating dirty deeds is nothing new – just see M. Night Shyamalan’s “The Visit” (2015). It’s an effective genre changeup, but it’s still genre and the part of the film where the pitch and degree of awe start to ebb. After first blood is spilled you know it’s a domino chain to the bloody end, and there’s little Q as to who the sole survivor will be. West, clearly enraptured by his characters and the setting, filmed a prequel about Pearl simultaneously and seeds the workings for a sequel as well. The real wonderment of the film, beyond the stellar performances, lie in the framing and editing. Also, interestingly enough, the small town in Texas isn’t even in the Americas, it was shot in New Zealand.