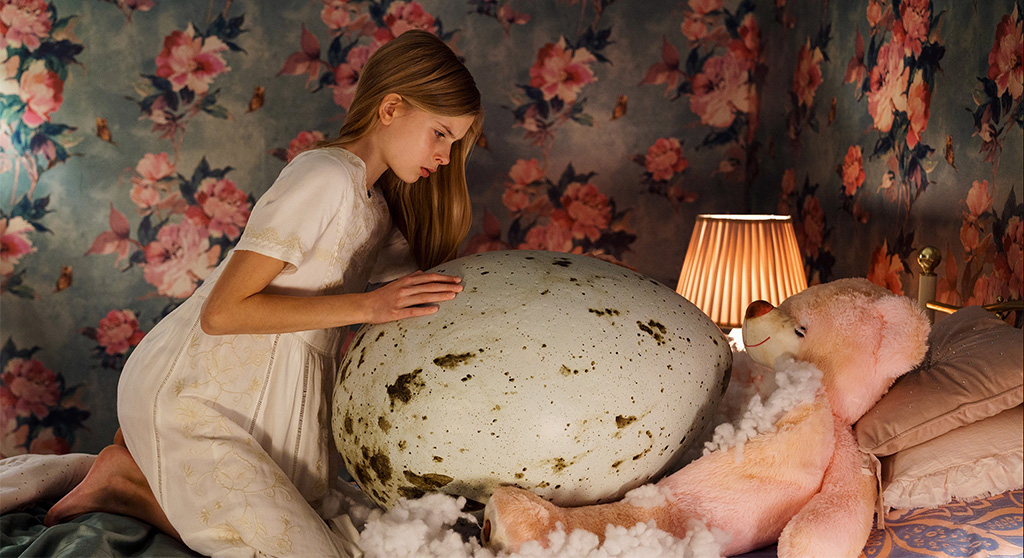 Belmont World Film kicks off its 20th International Film Series on Friday with eight films from around the globe. The fest runs through mid-May with a combination of Zoom and in-person screenings and meet-the-filmmaker events. For example, “A Change of Heart,” the based-on-a-true-story film about a recent widow who finds herself volunteering at a shelter for refugees (adapted from Béatrice Huret’s “Calais mon amour”), can be streamed Friday, and there will be an in-person screening March 27 at the Majestic 7 Cinema in Watertown. Other highlights look to be “Zero Fucks Given” starring Adèle Exarchopoulos (“Blue Is the Warmest Color”), a Cannes Film Festival winner about a flight attendant struggling under the indifference and sexism of working for a big corporation. It starts streaming April 22 and is in-person at the West Newton Cinema on April 24. “Man in the Basement,” a psychological thriller starring Bérénice Bejo (“The Artist”), Jérémie Renier (“Potiche”) and François Cluzet in which a Parisian couple sell an unsanitary basement to a quirky individual whom they want out immediately. Sounding like the French answer to “Pacific Heights” (1990), it streams May 2.

Bringing its blend of the offbeat, outré and macabre to town, the Boston Underground Film Festival sets up camp at The Brattle for a five-day run starting Wednesday with the New England Premiere of Goran Stolevski’s haunting 19th-century Macedonian folk horror tale, “You Won’t Be Alone” staring Noomi Rapace (“Lamb,” “Prometheus”) and a restoration of Terence H. Winkless’ 1988 opus “The Nest,” in which mutant cockroaches take over a small New England township. Other “fringe” gems glistening on the 22nd BUFF lineup include “The Innocents” (Thursday) from Eskil Vogt, writing partner of Norwegian director Joachim Trier (“The Worst Person in the World”), in which during the Nordic summer a group of children reveal their dark and mysterious powers, and two New England premieres from Gaspar Noé (“Climax,” “Enter the Void”): “Vortex,” starring horror master Dario Argento (the original “Suspiria,” “Inferno”) as an aging film critic and academic trying to finish one last book, and “Lux Aeterna” starring Béatrice Dalle (“Trouble Every Day, “Betty Blue”) and Charlotte Gainsbourg (“Nymphomaniac”) in a movie-about-a-movie about a coven of witches that starts to have supernatural goings-on on-set. Both play Saturday. Other titles that grab the eye: “Hypochondriac,” Addison Heimann’s LGBTQ blur of reality, delusion and the supernatural (Friday); Chloe Okuno’s serial killer drama “Watcher” (Saturday); and the closing film, Hanna Bergholm’s “Hatching,” in which a troubled young woman finds a large egg in the woods and brings it home. The two most eye-grabbing curios on the slate are family friendly, 40th-anniversary screening of  “The Secret of Nimh” (Saturday) and the roc-doc “Freakscene: The Story of Dinosaur Jr.,” about the great 1990s East Coast band that helped define grunge (Thursday).

At The Brattle this week, the tribute to Sidney Poitier continues with “In the Heat of the Night,” with Poitier playing a Northern black detective on a case in the racist South. The film, arriving in 1967 with his “To Sir, With Love” and “Guess Who’s Coming to Dinner,” was nominated for seven Academy Awards and won five, including Best Picture. Poitier, amazingly for his trifecta, was not nominated; Rod Steiger, playing opposite Poitier in “Heat,” took home the acting statue. On Tuesday it’s the 1992 hacker caper “Sneakers,” with an impressive costar roster of Ben Kingsley, Dan Aykroyd, David Strathairn, Mary McDonnell, River Phoenix, Robert Redford and Stephen Tobolowsky; and a rare one from Poitier behind the lens directing Gene Wilder and Richard Pryor (the Redford and Newman of comedy) in the 1980 jail cell comedy “Stir Crazy.” Poitier directed nine features, mostly comedies, and two with Wilder (“Hanky Panky” being the other) and the “Uptown Saturday Night” series with Harry Belafonte, Flip Wilson and the now disgraced Bill Cosby. His last helming effort was in 1990, directing Cosby in “Ghost Dad.”

The DocYard has “A Thousand Fires” on Monday at The Brattle, detailing a Burmese family’s hand-drilled oil operation that is run according to astrology and old beliefs; the youngest son dreams of escaping the family biz for a soccer academy. Saeed Taji Farouky will be on hand and in person for a Q&A.

And they’re back: The Harvard Film Archive returns to in-person screenings this week with a series of films from Flora Gomes, this year’s Geneviève McMillan-Reba Stewart fellow. Gomes, who hails from Guinea-Bissau and grew up under Portuguese rule (the African country won independence in 1974), chronicles his country’s struggles and uses them as themes and backdrops in many of his works. On Thursday it’s “My Voice” (2002), Gomes’ musical comedy that takes place in Paris and Cape Verde, where a young woman’s family believes she will die if she sings. Friday brings “Mortu Nega” (“Those Whom Death Refused”), Gomes’ 1988 debut about the reconciliation and discovery during the end of the bloody guerrilla war that brought independence to Guineau-Bissau after a half-century of colonial rule; on Saturday it’s Gomes’ 1992 follow-up, “The Blue Eyes of Yonta,” with a love triangle involving the titular Yonta during the country’s post-liberation period.

The “Face/Off” fun with John Travolta and Nicolas Cage carries on this week at the Somerville Theatre with the classic Coen Brothers’ baby-napping crime caper “Raising Arizona” (1987) and Travolta pairs with Debra Winger to ride the steel bull in “Urban Cowboy” (1980). The dynamic double tap plays Tuesday. On Sunday, as part of the ongoing tribute to David Lean, comes a big-screen showing of “Doctor Zhivago” (1965) in which Omar Sharif plays a married Russian physician in love with a political activist’s wife (the sublime Julie Christie) during World War I and the October Revolution – events that feel a little too close to the here and now. On Monday, the Somerville kicks off weeklong run of Maggie Gyllenhaal’s directorial debut, “The Lost Daughter,” which made the Day’s Top 10 of 2021 and is Oscar-nominated (for Best Actress, Best Supporting Actress and Best Adapted Screenplay). The theater tops off the Gyllenhaal embrace Friday with a showing of her 2002 film “Secretary,” where she plays a demurring young woman just out of a psychiatric facility who goes to work for an attorney (James Spader) with sadomasochistic proclivities.

John Stimpson’s fun little theater romp-cum-supernatural interlude, shot out west in Groton, revolves around a traveling acting troupe who put on versions of the Bard’s “Macbeth.” Stimpson’s been making films in the area for sometime – “Beacon Hill” (2004), “A Cape Cod Christmas” (2021) and the upcoming “Franconia Notch.” Here he’s blessed with some solid B talent, namely Shannyn Sossamon (“Rules of Attraction”) as Liz, who plays Lady Macbeth, and Cary Elwes (“The Princess Bride,” “Saw”) as her hammy, ego-inflated hubby, Alex. Adding to the theatrics, Liz is carrying on with hunky understudy Thomas (Tom Riley). There’s no cell signal in the bucolic remote, and what’s the what with that ancient lamp in the theater of the film’s title? Local lore says that if the lamp goes out during a theater run, bad things will happen. It goes out. And the machinations of Macbeth begin to work their way into the troupe’s non-stage life. Through all the bumps and pratfalls, beleaguered stage director Henry (Roger Bart, game in the one-note role) works arduously to keep things professional. For some reason, “Ghost Light” has been sitting around and is now just making its way to streaming, because well, streaming is now a thing, but it’s surprisingly high in production value and the ensemble puts in a yeoman effort. On (Tom Meek) On Amazon Prime Video.

Emmy-award-winning actor and comedy director Amy Poehler gets serious with her melancholic, conventional documentary about Lucille Ball and Desi Arnaz, who created “I Love Lucy.” The 1950s sitcom was about a fictional married couple with the wife scheming to share her husband’s spotlight; by leveraging the real-life married stars’ fame, the series gave the illusion of reality television. The authorized biography features never-before-available home video, behind-the-scenes footage and audio tapes, so Ball and Arnaz’s voices tell their own stories. Carol Burnett, Bette Midler, Cuban playwright Eduardo Machado, National Comedy Center members and the couples’ children, friends and colleagues gush in interviews. You’ll come to marvel over Ball’s genius and leave with a newfound respect for Arnaz, a struggling Cuban refugee-turned-pioneering producer. Without them, series such as “Star Trek” and “Mission: Impossible” would not exist to spawn franchises. Even if unconditional love was essential to surviving the Un-American Activities Committee, misogyny and charges of “miscegenation,” a less reverential film would have probed into the logistics of how a couple could craft a home and an empire with such different national, religious, cultural and economic origins, especially considering Arnaz’s struggles with alcoholism and Arnaz’s complaining mother. (Sarah Vincent) On Amazon Prime Video.