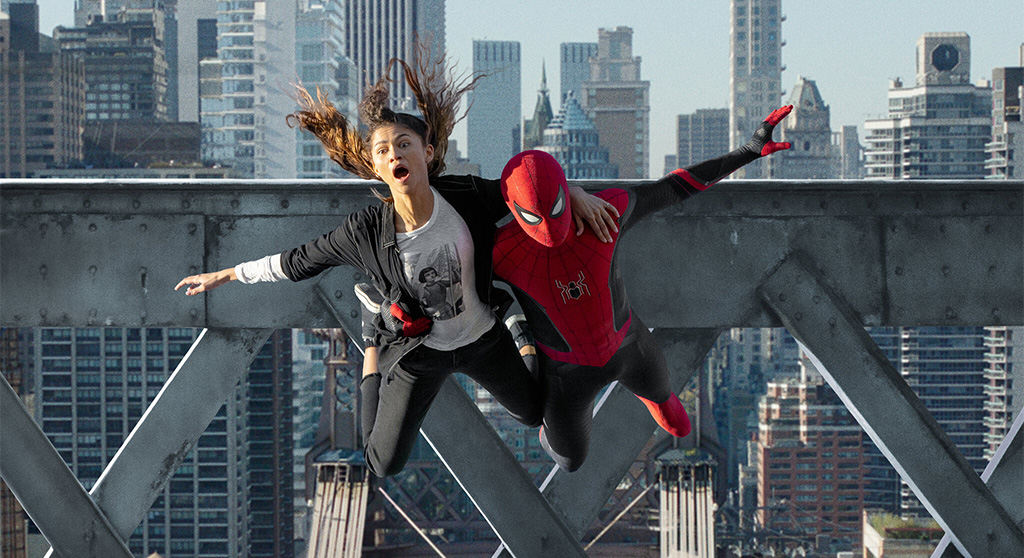 The Brattle continues its “World of Wong Kar Wai” program this week, and one to be heeded; these films are hard to find, streaming or otherwise. Tonight there’s Kar Wai’s seminal “Chungking Express” (1994) about two Hong Kong cops (Takeshi Kaneshiro and Tony Leung) jilted by ex-lovers who cross paths at the Midnight Express takeout food stand. The film’s a favorite of Quentin Tarantino, whose “Pulp Fiction” came out the same year. Kar Wai’s 1988 debut “As Tears Go By” screens Monday, set amid gangland Hong Kong and starring Andy Lau (“Infernal Affairs” the basis for “The Departed”) and Maggie Cheung (of Kar Wai’s “In the Mood for Love”). Tuesday brings Kar Wai’s noirish “Fallen Angels” (1995), and on Wednesday it’s “Days of Being Wild” (1990), which again pairs Lau and Cheung. The program closes on Thursday with a restoration of “Happy Together,” the 1997 film starring Tony Leung and Leslie Cheung as Hong Kongers in Argentina.

For “Weird Wednesdays,” The Brattle has a trash heap spectacle called “The Visitor” from Giulio Paradisi, a bit actor in several Fellini films, about an intergalactic war with a Christ figure in the middle. (Sounds like “Dune,” right?) The wide-ranging cast in this campy nugget includes Glenn Ford, Lance Henriksen (“Aliens”), Shelley Winters and macho directors John Huston (“Treasure of the Sierra Madre”) and Sam Peckinpah (“The Wild Bunch”). On Friday and Saturday the Brattle cues up double bills: “The Thin Man” (1934) and “After the Thin Man” (1935) on New Year’s Eve, and two infectious comedies from the Marx Brothers, “Duck Soup” (1933) and “A Night at the Opera” (1935) on New Year’s Day.

Ben Affleck steals the screen as a boozy, working-class bartender in this adaptation of J.R. Moehringer’s bestselling memoir about a kid with the odds against him who gets into Yale and pursues his dream of becoming a writer and journalist. Tye Sheridan (“Ready Player One,” “The Card Counter”) plays JR, the Moehringer character with a dicey, on-and-off relationship with Sydney (Briana Middleton), a fellow Eli who breaks his heart regularly. Lily Rabe is quite a force as JR’s single mom, and it’s great to see Christopher Lloyd in there as grandpa. But Ben owns this film, which is directed by George Clooney – getting back on track behind the camera after a few less than desirable efforts – and scripted by William Monahan (“The Departed”). Given Ben’s recent revelations about addiction and a heartfelt turn as a man down because of alcohol in the fantastic, underappreciated “The Way Back” (2020), the performance as Uncle Charlie feels deeply felt and nuanced. He has a fun back-and-forth with JR, the kid on the way up, with Charlie keenly aware of his own limitations but always there to help out with cash, romantic advice or street wisdom that JR can apply in the classroom. Part of the stand-in for Yale’s campus is the old divinity school on Brattle Street, now part of Lesley University’s Brattle Campus. (Tom Meek) At Landmark Kendall Square Cinema, 355 Binney St., Kendall Square.

The Coen brothers are responsible for some of the greatest achievements in recent cinema, “Fargo,” “Blood Simple” and “No Country For Old Men” among the many, but here Joel makes a rare film without Ethan in tackling Shakespeare’s tale of paranoia and madness. The film, shot in gorgeously stark black-and-white by Bruno Delbonnel (“Amelie”) stars two multiple Oscar winners: Denzel Washington and Joel Coen’s wife, Frances McDormand, as the murderous king and his delusional wife. It’s a grand reimagining and well acted, with a solid supporting cast, most notably Kathryn Hunter as the witches. As opulent and beguiling as it is to look at, there’s something with the tempo and arc that feels a bit off, and the stakes never fully mount. At Landmark Kendall Square Cinema, 355 Binney St., Kendall Square, and on Apple TV+ starting Jan. 14.

Aging porn star Mikey (Simon Rex) returns around the time of the 2016 U.S. presidential election to his hometown, Texas City, with nothing but the clothes on his back, his wallet and visible bruises. He’s going to try to get on his feet again, but with no feasible road to respectability, Mikey relies on his charm, good looks and natural talent to worm his way back into the begrudging good graces of his estranged wife, Lexi (Bree Elrod), mother-in-law, Lil (Brenda Deiss), and the local drug dealer and matriarch, Leondria (Judy Hill). Though he seems grateful, his frank exchanges with Lexi’s next-door neighbor reveals delusions of grandeur and entitlement. He jeopardizes himself by pursuing a relationship with a teenager, Strawberry (Suzanna Son), whom he sees as his way back to success. Director Sean Baker, whose credits include “Tangerine” (2015) and “The Florida Project” (2017), pins together another poignant portrait of class, race and gender at the margins of society without relying on poverty tropes or intellectualizing their socioeconomic situation, and gets viewers invested in an unlikeable protagonist while simultaneously wanting his schemes to fail. It’s like the working-class version of “Uncut Gems” (2019), in which every scheme feels destined to blow up in grand style. (Sarah Vincent) At Landmark Kendall Square Cinema, 355 Binney St., Kendall Square.

Finally some box office life that proves movies in theaters are not dead. In two weeks alone, “No Way Home” is poised to make more than $1 billion and become the highest-grossing film of 2021 after two Marvel entries this year, “Eternals” and “Black Widow,” struggled. This latest chapter for the third Spider-Man (Tom Holland) weaves in the villains and Spideys from earlier web spins, which all happens after Doctor Strange (Benedict Cumberbatch) tries to help weave a spell to have folks forget he was outed as Peter Parker in “Far From Home” and got a nasty rap. That way MJ (Zendaya) can get into MIT without being tarnished by his rep. The Spiderverse-mixing mayhem boasts an all-star cast with Willem Dafoe back as the Goblin, Jamie Foxx as the electric Max Dillon, Thomas Haden Church (so raffish in “Sideways”) as Sandman, Marisa Tomei as Aunt May and J.K. Simmons (“Being the Ricardos,” “Whiplash”) as the brassy J. Jonah Jameson. It’s a pretty well-woven mashup that never stops spinning; it’s only spider-bite deep and good senseless fun. (Tom Meek) At Landmark Kendall Square Cinema, 355 Binney St., Kendall Square; Apple Cinemas Cambridge, 168 Alewife Brook Parkway, Cambridge Highlands near Alewife and Fresh Pond; and AMC Assembly Row 12, 395 Artisan Way, Assembly Square, Somerville.

An existential conundrum in the near future, when the terminally ill Cameron (Mahershala Ali) decides to submit to a new process to clone himself so a doppelgänger can resume his life and care for his unaware wife (Naomie Harris) and young son. Cameron gets to meet his replacement as the time nears. The scenes of two-time Oscar winner Ali (“Moonlight,” “Green Book”) having a back and forth with himself intrigue, and you can feel the the dying man’s anger and jealousy. It’s about all the film has to offer, though. The rest feels like filler, and the envisioning of the near-future world feels a bit too “Logan’s Run” (1976) cheesy. (Tom Meek) On Apply TV+.

Sandra Bullock (“The Blind Side,” “Miss Congeniality”) stars as a woman who spent 20 years in jail for the murder of a sheriff during an eviction standoff. Her 5 year-old sister was taken from her, and now that she’s out and working, cutting the heads off salmon in a Seattle fish-packing plant, she wants to reconnect with her sib – who now lives with legal guardians played by Linda Emond and Richard Thomas (John-Boy from “The Waltons”). Bullock’s labeled a cop killer and targeted by law enforcement and the kin of the slain sheriff. The excellent ensemble includes Jon Bernthal (“The Walking Dead,” “Fury”), and Viola Davis and Vincent D’Onofrio as the couple now living in the house where the standoff took place. Bullock is quite compelling as the down-but-not-out antihero, but the plot goes to safe places, undercutting a potentially more affecting result. (Tom Meek) On Netflix.