Catch some of the best of 2021 before the Oscars, get in on ‘Whaler Boy’ and maybe skip ‘Scream’ 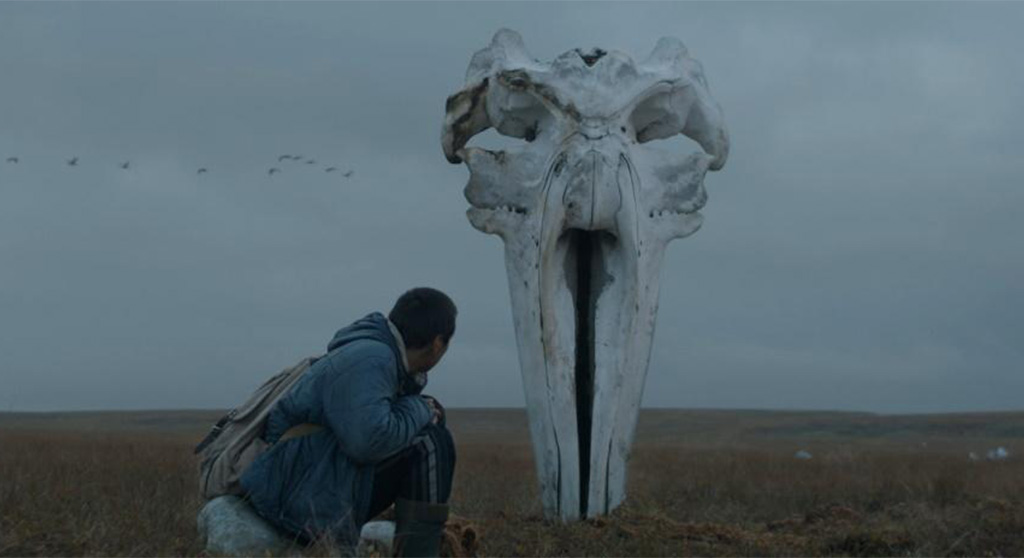 Catch some of the best of 2021 before the Oscars, get in on ‘Whaler Boy’ and maybe skip ‘Scream’

This week The Brattle Theatre kicks off its “(Some of) The Best of 2021” program with Sam Pollard’s documentary “MLK/FBI,” playing aptly on Martin Luther King Jr. Day. Also Monday is Michael Sarnoski’s terrific debut “Pig,” starring Nicholas Cage as a tenacious recluse out to find a loyal truffle hunter who’s been abducted. On Tuesday we get Janicza Bravo’s “Zola,” about a Detroit pole dancer roped into a hellacious road trip to Florida. The story was adapted from a real-life tweetstorm, and the day-glo cinematography by Ari Wegner, whose artistry is also on display in “The Power of the Dog,” is something to be drunk in on the big screen. Wednesday it’s the “requel” of 1992 urban horror classic “Candyman,” with Tsai Ming-liang’s “Days” on Thursday and Roy Andersson’s “About Endlessness” and the latest horror entry from Ben Wheatley (“Rebecca,” “High-Rise”), “In the Earth,” on Friday. And on Saturday theres Prano Bailey-Bond’s “Censor,” about a film censor (Niamh Algar) and her sister’s mysterious disappearance, and Edgar Wright’s retro-hip changeup, “Last Night in Soho,” starring red hot Anya Taylor-Joy (“The Witch,” “Queen’s Gambit”) and Thomasin McKenzie (“Leave No Trace”).

Speaking of Wegner and “The Power of the Dog,” you can catch the Jane Campion-directed western about taboo and sexual identity with Oscar-worthy turns by Benedict Cumberbatch, Kirsten Dunst and Kodi Smit-McPhee on the big screen at the Somerville Theatre from Monday through Thursday. The film looks poised to be a top Oscar contender – Campion, the film and Smit-McPhee already won Golden Globes, but the most certain nod here is for Wegner, for her brilliant use of frames within frames and sweeping vistas of New Zealand standing in for Montana’s mountains and golden plains. (There is no Golden Globe for cinematography, but Wegner did win with the Boston Society of Film Critics.) You now have two opportunities to drink in Wegner’s artistry as it was meant to be seen.

The Belmont World Film’s Annual Family Festival kicks into high gear this week. Originally scheduled to be in-person, the 19th incarnation of the fest pivoted last week to go virtual – all but one of the 15 features can be rented online and viewed within a leisurely timeframe. The internationally themed fest designed to expose children ages 5 to 15 to diverse cultural views always comes around Martin Luther King Jr. Day and makes a point to observe his legacy. This year’s program honoring King is a series of shorts from Weston Woods Studios. Other entries that pique are “My Dad Is a Sausage,” in which a young girl comes to terms with her dad’s acting career as a wiener, and “Calamity Jane: A Childhood of Martha Jane Cannary,” about the female folk icon of western lore. There are other shorts programs, and the films are listed by age appropriateness on the fest’s site. One really cool workshop looks to be “Learn to Model Gromit or Shaun the Sheep with Aardman Animation” with Jim Parkyn, an animator at the studio behind the “Wallace and Gromit” films and “Shaun the Sheep.” It’ll show your kids how to make clay models that move via Zoom on Jan. 22.

Only hardcore “Scream” completists should watch the fifth installment in the slasher franchise, the first without Wes Craven at the helm. He’s replaced by “Ready or Not” (2019) directing duo Matt Bettinelli-Olpin and Tyler Gillett. Sam (Melissa Barrera of “In the Heights”), a young woman with a link to the original murders, returns home to elicit the help of former sheriff Dewey Riley (David Arquette) to stop the Ghostface Killer. Dewey begs other original survivors Gale Weathers (Courteney Cox) and Sidney Prescott (Neve Campbell) to stay away, but they do not heed his warning. While the film tries to evoke the clever, meta film dialogue of the original, terms such as “requel” are better left unspoken. The newcomer ensemble lacks chemistry and are fairly forgettable, though Richie (Jack Quaid) gets some memorable one-liners. Sam’s story could have reinvigorated the franchise if the filmmakers were bolder and willing to embrace her potential as an antihero, but they keep her likable and helpless for far too long. Most of the original cast’s performances will make viewers wonder what made them once endearing, except for Arquette. He surprises as the heart of the film by grounding his reluctant hero with a realistic, world-weary grit and sense of duty. (Sarah Vincent) At Apple Cinemas Cambridge, 168 Alewife Brook Parkway, Cambridge Highlands near Alewife and Fresh Pond, and AMC Assembly Row 12, 395 Artisan Way, Assembly Square, Somerville.

Philipp Yuryev’s feature debut is a heartfelt, angst-driven coming-of-age tale about a teenager (Vladimir Onokhov) thinking beyond the chilly confines of his Bering Straight whaling village in Chukotka, Russia, just across the ocean gap from Russia. The clash between tradition and modern life is established quickly as we bounce from the harvesting of a whale to the village men gathered around a PC to watch a comely online sex worker in Detroit (considering “Zola,” Motor City women seem to be a theme this week) by the handle of Hollysweet999 (Kristina Asmus). As a boy becoming a man, Onokhov’s Leshka becomes obsessed with Hollysweet999 and decides to break from the village and travel to America – though he can speak maybe five words of English. The film ultimately becomes something of an existential journey made haunting and mystical by the nuanced cinematography by Mikhail Khursevich and Yakov Mironichev, which captures the landscape and lore with great effect. The inner turmoil Onokhov imbues in Leshka marks for an impressive debut turn. Other recent films worth a watch that delve into the culture and challenges of indigenous Arctic peoples are “The Grizzlies” (2018) and “Aga” (2018). (Tom Meek) On Amazon Prime Video.

A listless psychosexual thriller – “Basic Instinct” (1992) and “Gone Girl” (2014) being what it’s aiming for, and missing wide – directed by Luis Prieto that feels like it might be better if it slipped into camp. Chris Decker (Cameron Monaghan, of the U.S. “Shameless”), a loaded tech entrepreneur estranged from his wife (Sasha Luss) and daughter (Ridley Asha Bateman) and living in a chalet dream house, has a one-nighter with a toothsome young woman who goes by the moniker of Sky (Lilly Krug). Sky, we learn, lives in a seedy motel managed by a pervy peeping tom named Ronald (John Malkovich) and has an obsessive roommate (Ash Santo) and bigger plans than just one night of fun. Not only does she show up at Chris’ place and refuse to leave, but puts Chris literally in his place. The film becomes about an indulgent rich guy trying to get away from a psycho blonde who’s pretty good at hand-to-hand and even more skilled with a blade. The good-looking leads are barely up to the task, but neither is the production or lackluster scripting of the myriad turns and hidden agendas. Malkovich is fun to watch as a mousey lowlife, as is Frank Grillo being Frank Grillo. Other than that, it’s a series of bloody, groan-worthy vignettes. (Tom Meek)