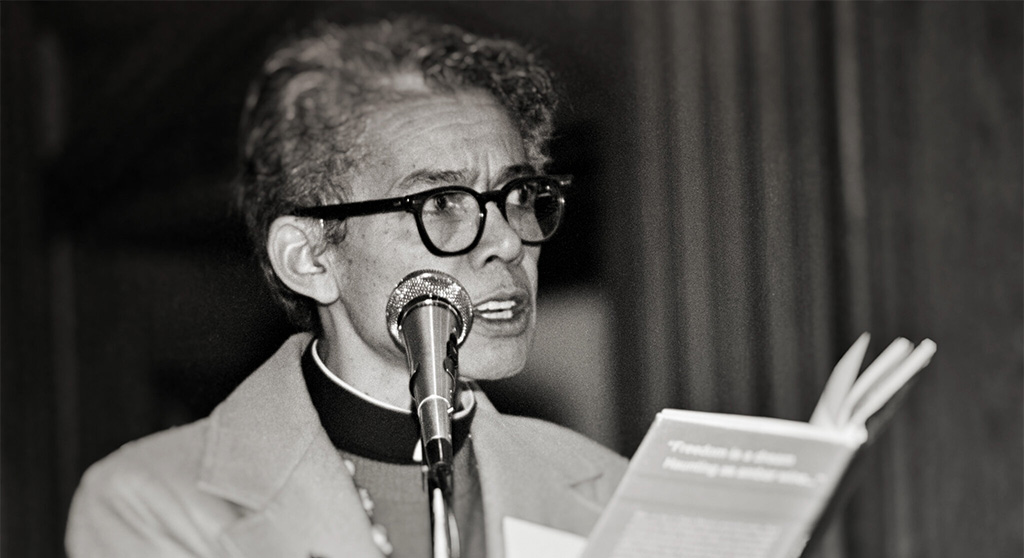 The Brattle changes it up this week as it transitions from “Tales of the Muppet Diaspora” to “The Fictions of Werner Herzog.” The German director is an auteur with a capital “A,” and one of the most unique filmmakers of our time. Already seen this weekend: Herzog’s undisputed masterpieces “Aguirre, the Wrath of God,” a film often likened to “Apocalypse Now” because of its scope and theme of a river journey into madness, though it was made seven years prior (1972, v. 1979); and “Fitzcarraldo” (1982). The Brattle screens “Woyzeck” (1979) Sunday, one of five collaborations between Herzog and actor Klaus Kinski (“Cobra Verde,” “Aguirre” and “Fitzcarraldo” as well as “Nosferatu the Vampyre,” which was also made in ’79 and screens Thursday). The play adaptation revolves around the titular soldier (Kinski), who takes jobs such as submitting to medical experimentation to feed his illegitimate child.

The tensions between actor and director are famous, if not legendary; on the set of “Aguirre” Herzog considered letting some of his Peruvian native cast and workers kill his star. Madness, you might say, but the result is something unprecedented and timeless. Herzog, famous for hating fakery and special effects, proved that to the nth degree during the making of “Fitzcarraldo,” in which a luxury riverboat was transported over a mountain, an expense and effort that turned studios off and became the subject of Les Blank’s “Burden of Dreams” (1982). The doc’s a great companion piece to the Herzog retrospective, because not only do you realize the fullness of the daunting task and the director’s deep, obsessive commitment to his craft, but that Jason Robards and Mick Jagger were once attached to the project (Kinski replaced the ailing Robards) and that the film was nearly never completed because of a war between Peru and Ecuador. Blank made an earlier short doc called “Werner Herzog Eats His Shoe” (1980) in which Herzog and local filmmaker Errol Morris post a bet, with the loser having to perform the act of the film’s title. It’s another great peek into the director’s enigmatic psyche.

Back to this week’s slate, on Monday there’s Herzog’s first feature, “Even Dwarfs Started Small” (1970) about shorter folk at a correctional facility who erupt into anarchy (think Tod Browning’s 1932 chiller, “Freaks”); on Tuesday, “Fata Morgana” (1971), an Arthurian title for a Guatemalan creation myth in the Sahara desert with the songs of Leonard Cohen; and for those who dug the rooster in Clint Eastwood’s latest, “Cry Macho,” on Wednesday there’s “Stroszek” (1977), the saga of a alcoholic (Bruno S.) just out of a prison and living in a dingy Berlin flat with an old man and a prostitute while harboring idyllic dreams of moving to Wisconsin. And yes, a chicken is involved.

The Brattle will screen 10 of Herzog’s “Fictions” overall (eight this week, so see the Brattle’s website for a listing). A program of some of the director’s nonfiction films – “Grizzly Man” (2005) and “Encounters at the End of the World” (2007) to name two – would make a worthy program as well. I guess that would be “The Nonfictions of Werner Herzog,” which I eagerly await. (Psst: Add in those two Blank films.)

Also Friday, The Brattle kicks of its “African-American Neo-Noir” program with two solid crime dramas from Carl Franklin (now more of a TV series hand with “The Leftovers” and “Ray Donovan”): “One False Move” (1992) with Bill Paxton and Billy Bob Thornton in their thespian prime and Michael Beach (“Aquaman,” “If Beale Street Could Talk”) as the edgy sociopath Pluto in the mix; and “Devil in a Blue Dress” (1995) with Jennifer Beals of “Flashdance” and Denzel Washington as Walter Mosley’s PI, Easy Rawlins. On Saturday, The Brattle screens Bill Duke’s super noir-ish “Deep Cover” (1992), which has Laurence Fishburne going undercover to break up an insidious drug ring. Jeff Goldblum costars.

The Boston Latino International Film Fest kicks off Friday. The virtual run includes “Rita Moreno: Just a Girl Who Decided to Go for It” and Monica Cohen’s “Dreams of Chonta.” For tickets and times see the BLIFF website. (Tom Meek)

Since her effervescent turn in Quentin Tarantino’s “Death Proof’ (2007), I’ve wanted the best for Mary Elizabeth Winstead. Sure, she’s had some nice turns in “Scott Pilgrim vs. the World” (2010) and “Birds of Prey” (2020), but never that big breakout. Here’s she gets shortchanged again in what’s best labeled as a “Kill Bill” wannabe as Kate, an assassin working the streets of Tokyo. There’s a lot of carnage and action, and Winstead fills the part well enough; it’s just the uninspired script by Umair Aleem that saps any true enjoyment. The one neat twist comes early on, when Kate finds out she’s been poisoned and has only 24 hours to live. She wants revenge before she’s out of time, but she doesn’t know who her killer is and needs to abduct the mob boss’s daughter (Miku Patricia Martineau), who has the key to who targeted her. The ’round-and-’round takedown of baddies becomes redundant quickly, and Woody Harrelson checks in Bruce Willis-style for a paycheck as Kate’s mentor and handler. (Tom Meek) On Netflix.

A revenge thriller made by and starring stuntmen. Josh Tessier makes his directorial debut and Omid Zader pretty much gets his first feature lead as Marcus Lombardi, ex-special-ops personnel who now specializes in extraction services. He’s hired by a shadowy figure (Robert Miano) to get a briefcase from a Russian mobster (Bruce Dern – not very Russian, but bless his soul), but in the exchange the mobster’s son is killed by a corrupt cop and Marcus is framed for it. You can see where this is all going: As in “Kate,” Marcus must make his way up the mobster tree one bloody branch at a time. The stunt work, as you can imagine, is crisp, visceral and well done. It’s not “Atomic Blonde” (2017), which was directed by stunt guy David Leitch and starred Charlize Theron, but it does have some really well choreographed beatdowns. (Tom Meek) For rent or purchase on Amazon Prime and other streaming services.

Hard to find a lo-fi streaming thriller these days without Frank Grillo (“Boss Level,” “The Gateway”) or Bruce Willis (“Midnight in the Switchgrass,” “Hard Kill”) in ’em. The difference is what you get. With Bruce, he’s in for about five minutes and has that Bill Belichick painful scowl etched on his face, as if someone rubbed a loaded diaper in it. With Grillo you get goofy, gonzo grit and a game go. Here he’s with Gerard Butler (“300,” and an ample scene chewer himself) as a hitman after Grillo’s con, who decides to hide out in a small town by getting incarcerated. Butler’s assassin follows suit, and bloody games behind bars ensue – something last seen with an extra shot of zany in last week’s “Malignant” – with a rookie cop (Alexis Louder, “The Tomorrow War”) trying to keep order. Interestingly, Grillo and Willis are slated to star together in the upcoming “A Day to Die.” I’m not sure if that’s good or bad news. (Tom Meek) At Apple Cinemas Cambridge, 168 Alewife Brook Parkway, Cambridge Highlands near Alewife and Fresh Pond; and AMC Assembly Row 12, 395 Artisan Way, Assembly Square, Somerville.

Julie Cohen and Betsy West, best known for their collaboration on “RBG” (2018), co-direct a documentary about Pauli Murray, a black, nonbinary pre-civil rights-era pioneer who laid the legal foundation for victories by Claudette Colvin, Rosa Parks and Thurgood Marshall, let alone the victories of RGB herself. Cohen, PBS producer Talleah Bridges McMahon and editor Cinque Northern wrote this feature that frames Murray’s rightful place as an American founding parent who made significant contributions to human rights. The filmmakers use interviews with academics, family, students and friends, audio of Murray’s dictation and photographic montages to create a three-dimensional biography of the unassuming poet turned lawyer turned seminarian. Misgendered as a woman, denigrated as a black person and judged for their sexuality in a heteronormative world, Murray struggled to live fully. While Murray succeeded at using these obstacles to fuel activism, the film reflects the toll taken their finances, mental health and physical well-being. (Sarah Vincent) At the Landmark Kendall Square Cinema, 355 Binney St., Kendall Square, and on Amazon Prime.

The wildly popular German Netflix entry bears an uncanny resemblance to “The Hunt” (2018) with a provocative setup that has a bunch of lads out for a bachelor party in the woods. It’s all good male bonding until they come under siege by an unseen sniper. Is someone out for revenge of past sins, perhaps a #MeToo payback the way liberals and right-wingers go at it in “The Hunt”? If only. The film’s clearly dubbed and barely 80-something minutes, and when the big reveals are doled out in the final frames, you’ll likely rewind it a few times to see if you missed the whats and whys. Nope, it’s just one big head-scratcher. (Tom Meek) On Netflix.

For his follow-up to “Hidden Figures,” director Theodore Melfi teams up with Melissa McCarthy for this dramedy about grief and reckoning. The setup has McCarthy’s Lilly trying to hold things together after a tragic loss lands her husband Jack (Chris O’Dowd) in a mental rehab facility. Without any ready means to navigate her own feelings, Lilly falls into a turf war with a bird that attacks her whenever she does yardwork. That’s the hook, though she does eventually seek out a local therapist (Kevin Kline) to help her work things through. Sadly, McCarthy’s gift for physical comedy gets left in the backseat; what we get is McCarthy imbuing grief in every aspect of her character’s quotidian routine. John Irving, Robert Altman and Orson Welles may have been inspirations, but screenwriter Matt Harris has an odd sense of balance, embossing mundane details such as a snack food as if it were a Rosebud-esque, defining symbol. While ambitious, entertaining and touching, the story becomes repetitive and heavy-handed, and its transitions from humor to gravity are at times awkward. (Sarah Vincent) At the Landmark Kendall Square Cinema, 355 Binney St., Kendall Square, and on Netflix.

Jessica Chastain, best known for playing steely women such as her can-do CIA analyst in “Zero Dark Thirty” (2012), departs from type here as the flamboyant Tammy Faye Messner, formerly Bakker. The biopic starts with Tammy escaping her severe childhood by claiming Jesus’ love and acceptance – despite evidence – and finding her soulmate in Jim Bakker (Andrew Garfield), who shares her exuberant faith. Together they launch their now notorious televangelism empire. As the power goes to Jim’s head and the Bakkers bilk the church for a life of luxury, Tammy’s reluctance to challenge him on matters of ego, corruption and gender norms isolates her in loneliness and unhealthy ways. Later in the mid-1980s she would distinguish herself by openly talking about the AIDS pandemic and accepting LGTBQ+ people as God’s beloved, not cursed as formerly professed. Director Michael Showalter (“The Big Sick,” 2017) handles the era transitions (1952 to 1994) and re-creations with aplomb and plenty of cake on Chastain’s face. The tabloid fable also provides valuable lessons for Christian women today who face the moral crossroads of the hateful politics that often accompany far-right religion. (Sarah Vincent) At the Landmark Kendall Square Cinema, 355 Binney St., Kendall Square.