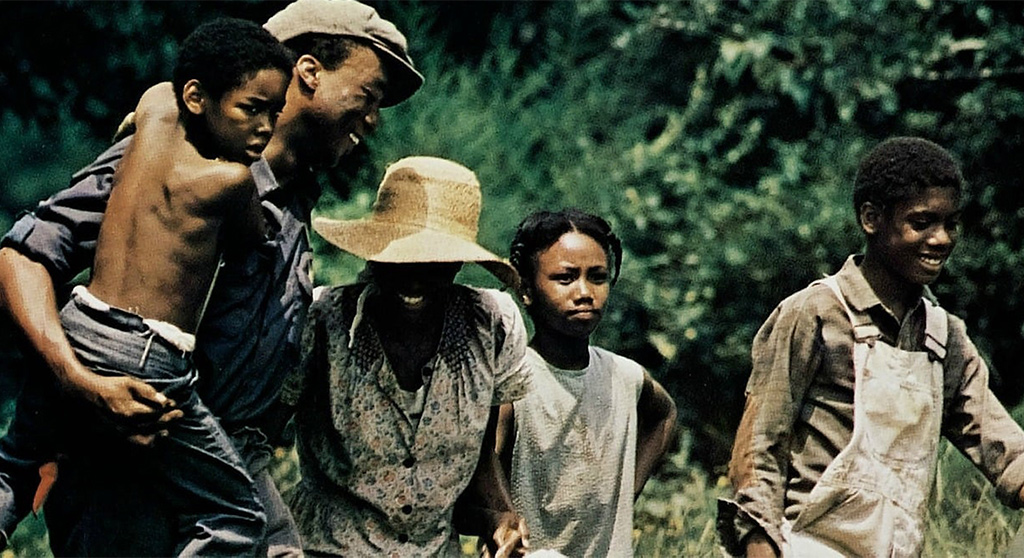 Black History Month is upon us, and there’s a plenty of new material embracing the African-American experience available on streaming platforms, including “Ma Rainey’s Black Bottom,” “One Night in Miami,” “MLK/FBI,” “Time” and “The Forty-Year-Old Version.” To add to that, here are five films featured earlier in our Film Ahead section or reviewed in full in the Day that focus on or around the time of the struggle for civil rights.

“If Beale Street Could Talk” (2018) was Barry Jenkins’ powerful follow-up to “Moonlight” (2016) and the Boston Society of Film Critics’ choice for Best Picture for the year. Based on the James Baldwin novel, it detailed strife within the black community and the racial inequities of the justice system that binds us all.

I’m always riveted at the groundbreaking boldness of “Guess Who’s Coming to Dinner” (1967), which provocatively (then and now) wrestles with veiled white liberal prejudice when a young white woman (Katharine Houghton) brings her black boyfriend home (Sidney Poitier, the second African American to win an Oscar) to her unknowing parents (Katherine Hepburn and Spencer Tracy, in his last role) for a meet and greet. It’s timeless in what it delves into and how.

Last year The Brattle Theatre brought two rarely seen films to its virtual screening room (and now available on the Amazon platform) that detailed the black struggle in America. The pairing featured a restoration of “Native Son” (1951), based on Richard Wright’s novel detailing the trajectory of a black man rising from the Chicago slums to get a job as a driver for a rich family (an arc akin to the recently released “The White Tiger”), later killing a white woman. Wright starred reluctantly in the film directed by Pierre Chenal. The execution leaves something to be desired, but the social issues are spot on, from redlining to questions of equitable justice and white privilege. Playing alongside it was William Greaves’ compelling documentary “NationTime” (1972), about the 1972 National Black Political Convention in Gary, Indiana, where 10,000 black politicians, activists and artists went to forge a national unity platform in advance of the Republican and Democratic presidential conventions. Speakers included Bobby Seale, Coretta Scott King, Betty Shabazz and a charismatic Jesse Jackson. Both films were cited by the Boston Society of Film Critics as notable rediscoveries, especially for the social issues they elevated.

Finally, a film that didn’t get the attention it deserved, “Loving” (2016), in part because it’s a quiet film about quiet people who get thrust to the national stage when a white man (Joel Edgerton) marries a black woman (Ruth Negga) in 1950s Virginia, whee interracial marriages were illegal. The film, directed by Jeff Nichols (“Mud,” “Midnight Special”), is an apt portrait of the toxicity of hate brewing on the eve of the civil rights movement. (Tom Meek)

Virtual Cinema at The Brattle

Besides “True Mothers” (reviewed below) new to the Brattle’s virtual screening room this week are “Atlantis” (2019), Ukraine’s official selection for the 2021 Academy Awards, and “You Will Die at 20” (2019). Both played the Venice Film Festival. The entry, directed by Valentyn Vasyanovych, is a sci-fi psychological thriller that centers on a former soldier living in a near-future desert encampment where water is a scarce and coveted commodity that needs to be trucked in. “Die at 20” marks Amjad Abu Alala’s feature debut (the First Feature winner at Venice) and tells the tale of a single mother (Islam Mubarak) haunted by a holy man’s prophecy that her newborn son will die by his 20th birthday. (Tom Meek)

Boston Lyric Opera Presents ‘The Fall of the House of Usher’

Not quite opera or cinema, this “The Fall of the House of Usher” is an attention-grabbing multimedia blend that dissects and re-renders Edgar Allen Poe’s tale of woe and collapse in a unique animated format with an operatic narrative and a Phillip Glass score. It likely won’t work for all those with puritan sensibilities, but it’s something else – and an ideal amalgamation of where we are in this shut-down theater universe. You can view Glass’ “House of Usher’ via the Lyric Opera’s operabox.tv channel. (Tom Meek)

Justin Timberlake plays a high school QB god who gets injured, washed up in college and ending up doing a prison stint. Just out, all he can get for work is a job mopping the halls of his alma mater, and then there’s the matter of his son, Sam (Ryder Allen), who likes fairies and princesses and dress-up – in a very macho Texas town. Timberlake’s Palmer must handle his own prejudices about Sam’s gender-shifting appearance and proclivities, as well as those of the town. The setup may sound clichéd, but the execution and solid performances make it anything but. The cast gets a big boost from Jane Squibb as Sam’s grandmother and Juno Temple as Sam’s self-interested biological mother. Streaming on Apple+. (Tom Meek)

Director Naomi Kawase (“The Mourning Forest,” “Sweet Bean”) depicts heartbreaking circumstances with empathy and grace in her latest film, “True Mothers.” A pair of adoptive parents, Satoko (Hiromi Nagasaku) and Kiyokazu (Arata Iura) are confronted with the prospect that his birth mother Hikari (Aju Makita) might want their son back. The film, split into narratives of the couple and birth mother, veers from what we might expect from such potential drama. It angles to find humanity in both, even when the film’s heart has more interest in the story of the young mother who gave birth at 15, and was forced by family to give up her child. The second act stutters along after a brisk opening, with a reliance on documentary-like storytelling in one sequence that has the energy of another film all together. Makita bears the heavy lifting, including the film’s most tear-inducing sequences as we watch this teenager face one obstacle after another, all the while seeking the comfort of easy, familial affection. Kawase takes her time with the source material (based on the 2015 novel by author Mizuki Tsujimura), leaning into the split focus when she could have told the same story as effectively in a more linear fashion. Still, there’s no denying the potent emotion of the story, one that asks what it means to be a parent. Streaming at The Brattlite. (Allyson Johnson)

Cary Mulligan, hot off her media-making performance in the controversial and provocative “Promising Young Woman,” takes a more demure turn in this historically inspired depiction of the 1939 Sutton Hoo discovery, in which the remains of a centuries-old civilization were found beneath unassuming dirt mounds on the property of the newly widowed Edith Pretty (Mulligan). Suspecting something is buried, Edith hires Basil Brown (Ralph Fiennes), a known excavator. Soon the museum crowd shows up claiming rights, and there’s mad jockeying among the mud for first find. It’s a staid affair, with palpably controlled performances by Mulligan and Fiennes. Ben Chaplain and Lilly James strike a compelling couple brought in to help out; he, seemingly uninterested in his wife, and she, marveled at by her male counterparts for her physical size and ability to dig. Among the cast too is the handsome, pouty Johnny Flynn, who played Mr. Knightley in last year’s “Emma.”. Streaming on Netflix. (Tom Meek)

The entertainment world lost a multitalented actor last week with the death of Cloris Leachman. The funny woman who won an Academy Award for her supporting performance in Peter Bogdanovich’s “The Last Picture Show” (1971) and is probably best remembered as Frau Blücher in Mel Brook’s “Young Frankenstein” (1974) also had a small but pivotal part in this real-life depiction of gangster John Dillinger. The film, directed by John Milius (future penner of “Apocalypse Now” and director of “Conan the Barbarian” and “Red Dawn”) paired regular Peckinpah players Warren Oates and Ben Johnson (they played the Gorch brothers in “The Wild Bunch”) as the notorious gangster and the G-man on a quest to collar him. Richard Dreyfuss is in the mix as Baby Face Nelson, Michelle Phillips (of the Mamas and the Papas) makes an early screen appearance, while Leachman plays Anna Sage, the famous “lady in red” who alters fates. Leachman also had a rich rife life in TV, including “Twilight Zone.” “Mannix,” “Route 66,” “Rhoda” and “Wonder Woman.” Streaming on Amazon Prime and for free on IMDB TV. (Tom Meek)

The acting universe also lost Cicely Tyson last week. Tyson’s career was etched with iconic roles of the hard-pressed African American Women under duress and worse. She played Kunta Kinte’s mother in the TV epic “Roots,” a woman born into slavery before the Civil War in “The Autobiography of Miss Jane Pittman,” and earned an Oscar nod for her portrayal in “Sounder” of a single mother raising a boy in 1930s Louisiana. Tyson is simply riveting in her graceful but solemn depiction, though the focus is on Tyson’s son (Kevin Hooks) in a G-rated family film perfect for February. Directed by Martin Ritt (“Norma Rae,” “The Front”) and based on a William H. Armstrong children’s book (the title of which refers to the family’s dog), this is a coming-of-age story and one too familiar: a young black boy being raised without a father because the father (Paul Winfield, also rightly nominated) is in jail for pinching a modicum of food. A great awakening and lesson for kids here is from the boy’s teacher (Janet MacLachlan), who exposes him to black can-do icons of the past (Crispus Attucks, Harriet Tubman and W.E.B. Dubois). (Tom Meek)

With a script by Sylvester Stallone and a cast headed by Jason Statham, with James Franco and Winona Ryder in the mix, eyebrows will be raised. It’s clearly enough to make this a Netflix top film, but the main spectacle is to see Statham with long, stringy hair (unsettling) as an undercover agent taking down meth manufacturers. He gets out, loses his wife and is raising his daughter as a regular joe down in bayou country (that British twang is just a bit out of place) where a playground confrontation between kids sends Kate Bosworth’s redneck mama to her kingpin bro (Franco) to come at the new guy. Bosworth is impressive, Ryder and her role feel tacked on and Statham does what Statham does. Streaming on Netflix. (Tom Meek)