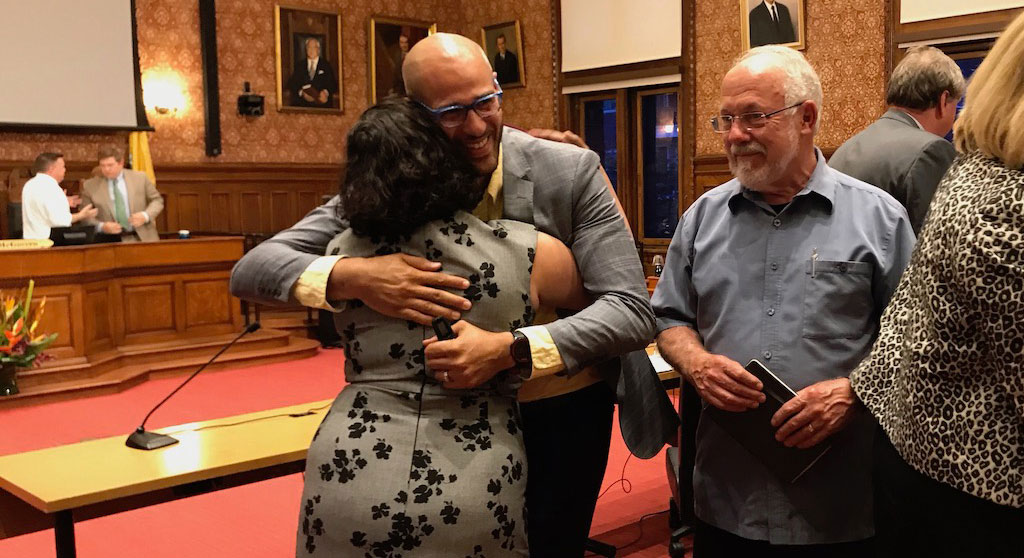 Hope for Central and Harvard, on the City Council, and a festival is born
By Marc Levy

The good parts of 2019 seemed small in comparison with the forces arrayed against Cambridge and the nation – more like a flower spotted blooming in a battlefield, rather than the winning of a war. We could celebrate advancements, such as a law requiring construction of protected bike lanes called the first law of its kind in the country, though we then might discover the limits of that law. We could feel relief at avoiding ruin, such as hearing the Cambridge Housing Authority say it can handle a $39 million jump in costs for renovating the Daniel F. Burns Apartments in North Cambridge. And we could cheer on the people working hard to find creative solutions to our stubborn problems, such as the Cambridge Community Center for the Arts coming together to create and manage arts facilities wherever it can. But the year felt like a struggle, or at least like a slump, and we look toward 2020 as a time the city can find a better way to behave, to do business and to govern, maybe with some of these five moments of hope as guidance.

Need to face some of the worst of Cambridge in 2019? Click here. 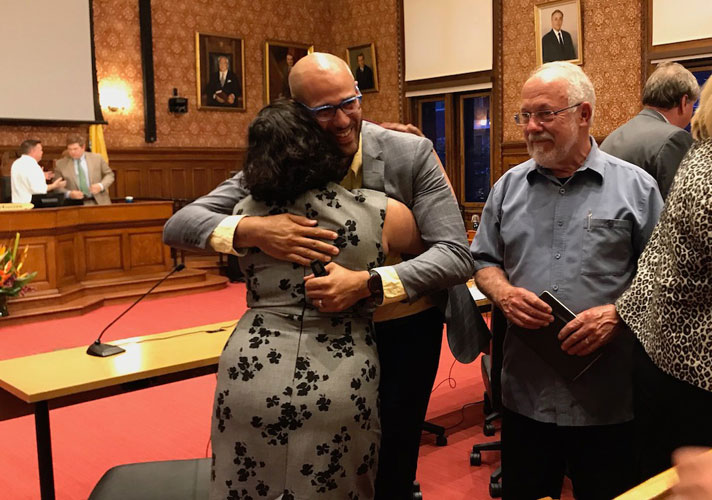 Rampant real estate speculation, rent hikes and the coming of yearslong construction made Harvard Square look like something of a lost cause earlier this year, but there was a big win just down the avenue in the fight to keep Central weird: The creation of the Central Square Business Improvement District with a pitch to be cleaner, more welcoming and lively and a stronger promoter of square arts and businesses – a strengthening effort local business association head Michael Monestime described as “place keeping over place making.” The area saw wins and losses over the past months, getting back the River Festival while seeing Green Street Studios close its doors, but 2020 will be the first full year of work for the district. And, hey, maybe there’s hope for Harvard Square yet, and not just because its worst corporate landlord opened up long-empty space for a run of the “Rocky Horror Show”; in December, city councilors began examining new zoning for the square that would encourage more housing and retail, reduce parking, and limit chain businesses and how much street frontage could be used by financial institutions and recreational marijuana shops. The proposal was brought forward by a surprising coalition of the Harvard Square Neighborhood Association and Harvard Square Business Association and shepherded by another odd couple, Harvard Square activist Suzanne Preston Blier and Central Square lawyer Patrick Barrett. The zoning has plenty of fans and criticism has been scant, hinting at a revival for Harvard some years ahead. 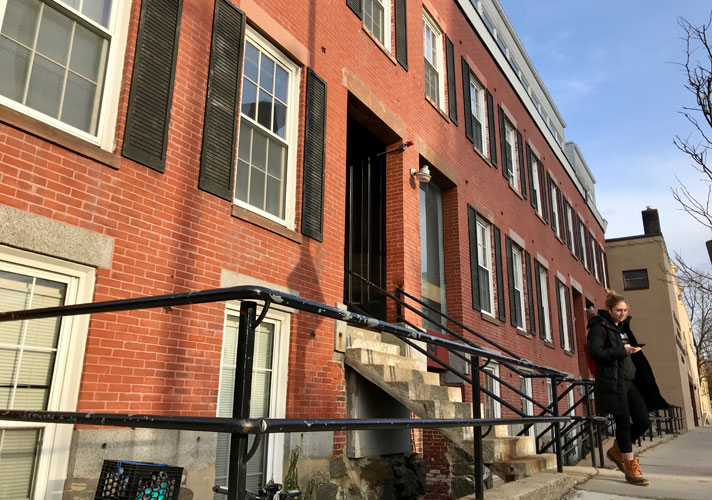 “Nonprofit row” is saved, and becomes a model.

Eleven nonprofit agencies leasing space at 93-99 Bishop Allen Drive near Central Square could breathe a sigh of relief in October when their building was bought – not by a developer, but by the Cambridge Redevelopment Authority, working in partnership with the Cambridge Community Foundation. And unlike the usual pattern of a purchase leading to reconstruction meant to squeeze every dollar out of a parcel, the redevelopment authority said it planned to put in $2 million in improvements and guarantee continued below-market rents, then look at whether it could roll out the same model to create similar “nonprofit centers” citywide. And it wasn’t just the CRA and Community Foundation that came out as heroes in this story, but the building’s former owner, Enroot, a nonprofit itself that announced a sale in October 2018, then decided to prioritize the missions of its peers as well as its own continued work. Instead of maximizing its own endowment, Enroot took the public good into account. 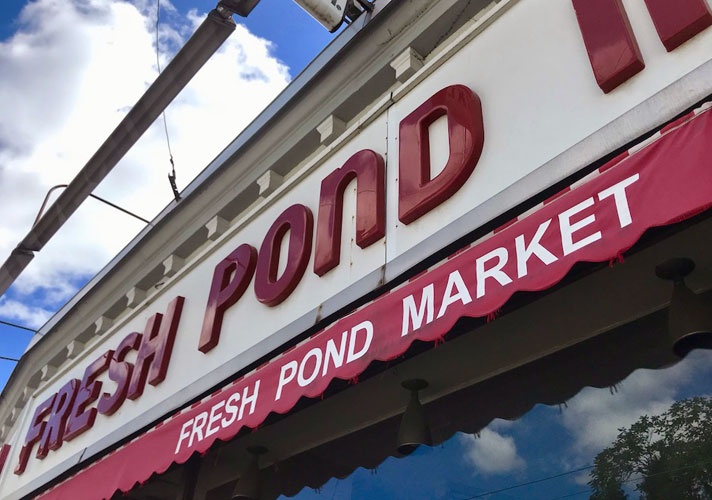 It wasn’t just in the nonprofit world that you could find models for smart, satisfying public achievements. All around Cambridge there were examples in 2019 of how retail and development can operate in harmony with the needs of a neighborhood and the broader community. While you could look to encouraging signs in the growth of the Salt & Olive Market in Harvard Square, the nearby success of lease negotiations for the Cambridge Artists Cooperative or the opening of the low-waste specialty store Cleenland outside Central, the story that most closely echoed the “Nonprofit Row” approach was at Fresh Pond Market in Huron Village, where the Najarian brothers decided to retire after decades but take steps to keep the store operating as it is. The owners of nearby Formaggio Kitchen stepped up, not just buying the business but spending an apparently eye-popping amount to rehab it. In Kendall Square, meanwhile, BioMed Realty has become a model for big property owners and managers, inviting in the community for talks about what will replace plans for the never-built Constellation Center, working with neighborhood partners on events such as the recent Winter Market and, most importantly, filling retail space with small, non-chain businesses and community functions such as art events and the “indoor public park” known as CultureHouse. 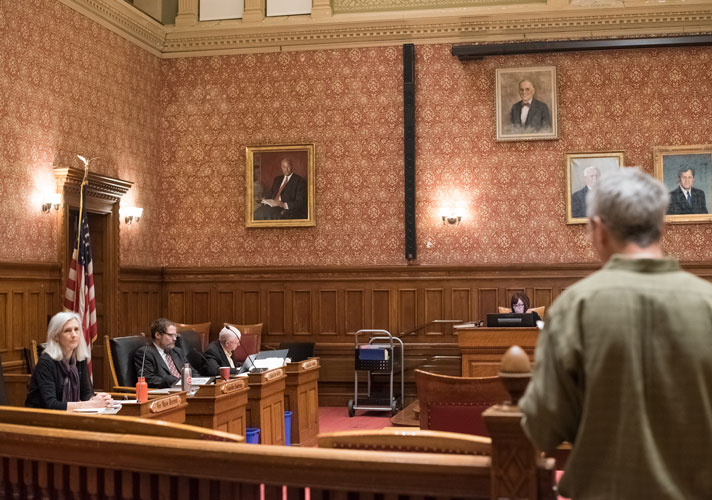 Our City Council is not great at looking ahead and slow to react with force even when a crisis obviously looms – partially why we’re so screwed on affordable housing, the arts and our tree canopy – and it doesn’t help that our Plan E form of government often leaves it in the position of beseeching a willful city manager. But this year, as we’re seeing a growing consensus that our entire form of government needs examination, we had a council that demanded sharp oversight of leadership at the Multicultural Arts Center (and began showing serious signs of exasperation with the shenanigans at the License Commission) and moved in the direction of corrections in those trouble spots of culture (adding funding and and an arts czar position), industry (including a call for a new look at taxi regulations, though we’ve heard this tune before) and housing (acting to correct the missed year of increases in developer “linkage” fees). For a panel that has regularly failed to negotiate from a position of strength, it was encouraging to see some flexing of muscles around the CambridgeSide mall rezoning – but especially the example set by vice mayor Jan Devereux on New Street. Devereux, who didn’t run for reelection, called out a developer’s bluff around its proposal for a self-storage facility with housing near Danehy Park. The developer withdrew, leaving the path clear for the creation of affordable housing. 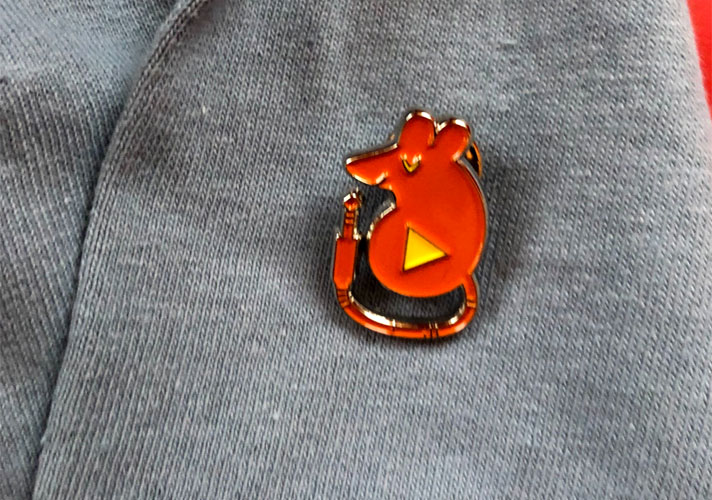 PodTales, a festival of audio drama and fiction podcasting, opened its doors in October to an enthusiastic reception from industry pros and wannabes alike, joining such great homegrown events as the Women in Comedy Festival and a sibling Massachusetts Independent Comics Expo. As the brainchild of Alexander Danner and Jeff Van Dreason of the “Greater Boston” fiction serial, PodTales immediately became a player in an field that shows no sign of slowing down – and making a continued argument for Cambridge as a destination and creative force. The free, crowdfunded event was kept purposefully small and manageable, yet burst at its modest seams anyway with 700 attendees; while intending to host just over 100 exhibitors, the event wound up with more than 150. Especially as a partner to the delightful annual MICE event hosted at Lesley University, PodTales is a model for an event done right and well, drawing in participants from the far-off town of Night Vale to residents from down the street in the “Republic of Camberville.”