Coronavirus edition 60: Picks to play Oscar game; Pandemic horror in which masks won’t save you 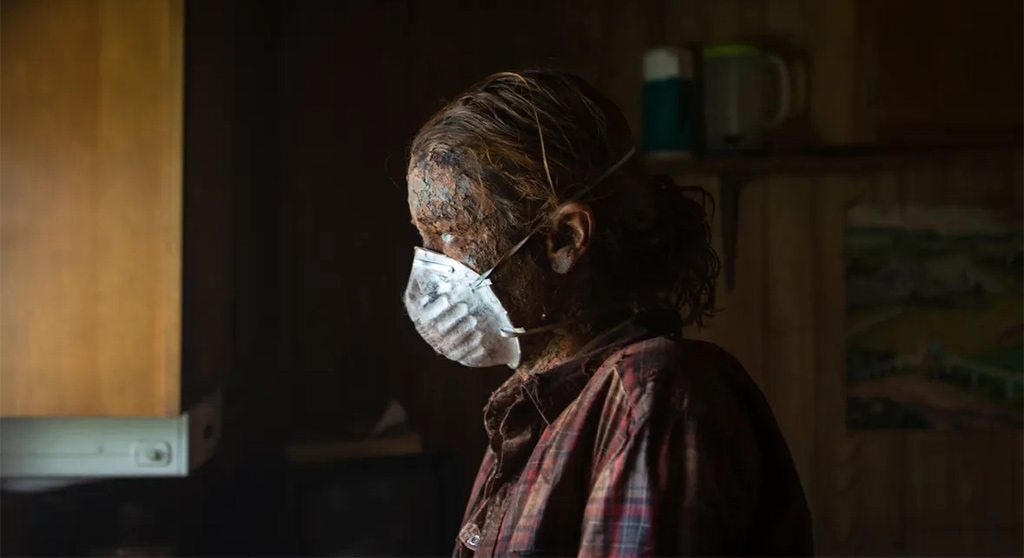 Coronavirus edition 60: Picks to play Oscar game; Pandemic horror in which masks won’t save you

Tonight is the 93rd Academy Awards – and likely a super weird edition (though uber-capable director Stephen Soderbergh is holding the reins to the show), delayed by a few weeks from the usual February/March because of how Covid played with the film industry and darkened theaters. Here in Boston, screens that opened just before the pandemic, including the ShowPlace Icon in the Seaport and the ArcLight next to the Boston Garden, have closed permanently; The Kendall Square Cinema remains open, and The Brattle looks to open soft in June and fully in July, as conditions allow.

A lot of big fare, including the next chapters in the James Bond and “Mission: Impossible” series got pushed, as did John Krasinski’s “A Quiet Place Part II.” Christopher Nolan bucked the trend and released “Tenet” traditionally, as if there was no pandemic; financially the film made out, but it got blanked in all the major Oscar categories. Look for “Nomadland” to win big and recently passed “Black Panther” actor Chadwick Boseman to garner lots of love and perhaps a posthumous Oscar. Missing are many of the great 2020 films that Ally Johnson and I selected as the best of the year. Below are the picks to click for Sunday night’s odd Oscar go.

Will win: Boseman, as a deserving and a sentimental favorite
Should win: Five fantastic performances, all on par

Will win: Hard to pick; Day, Davis or McDormand
Should win: All are deserving; given #MeToo and the brouhaha over Mulligan, her looks and the part, a win would be deserved and satisfying

Will win: Raci or Kaluuya, who for my money is a lead here
Should win: Raci or Baron Cohen, one a deeply felt turn and the other an electric rekindling of American icon Abbie Hoffman

Should win: Youn, a critic favorite
Will win: Youn, though Coleman, Bakalova and Seyfried put in strong turns

Nominees:
“Judas and the Black Messiah”
“Mank”
“News of the World”
“Nomadland”
“The Trial of the Chicago 7”

Will win: Zhao
Should win: Chung or Fincher

Nominees:
“Onward”
“Over the Moon”
“A Shaun the Sheep Movie: Farmageddon”
“Soul”
“Wolfwalkers”

Will win: “Soul”
Should win: “A Shaun the Sheep Movie: Farmageddon”

Will win: “My Octopus Teacher” or “Collective”
Should win: “Crip Camp” or “Time”

Nominees:
“Another Round” (Denmark)
“Better Days” (Hong Kong) in Mandarin
“Collective” (Romania) in Romanian
“The Man Who Sold His Skin” (Tunisia)
“Quo Vadis, Aida?” (Bosnia and Herzegovina) in Bosnian

Nominees:
“The Father”
“Judas and the Black Messiah”
“Mank”
“Minari”
“Nomadland”
“Promising Young Woman”
“Sound of Metal”
“The Trial of the Chicago 7”

Lili Matta’s tale of an Iraq War vet with PTSD takes some grand loops on a small budget, but never really finds the pulse (or soul) of its troubled protagonist. Travis (Dade Elza) comes home from his day job as a plumber to find his wife has invited a yuppie software engineer friend in town on biz over for dinner. The conversation turns quickly to the “war over there,” a gun gets drawn and in no time Travis is the shooter holding an art gallery full of patrons hostage. One of the unique developments is a bonding with a Lebanese artist (Anastasia Antonia) who’s lived through many of the same terrors Travis experienced. The most interesting part of the siege is the aftermath, in which hostages in interrogation rooms share their not-so-flattering opinions of their fellow art enthusiasts. Travis, however, remains a shell of a man; we never get to know him or fully understand his path to the breaking point. The film mines the same “coming home” territory as the also recently released “Cherry,” and it’s a maddening take too – because the trigger to it all is an entitled hipster who just won’t shut his mouth. On Hoopla, and available to rent or buy on Amazon Prime, Apple TV and other services.

Interesting turn for director Rod Blackhurst who, during the same year he made this post-apocalyptic zombie flick, made the documentary “Amanda Knox” about the infamous U.S. student embroiled in a murder in an Italian villa. The film has sat around some, which is a puzzlement, because it’s quite effective in what it does: follows a woman (Lucy Walters, excellent) through a pandemic that slowly turns humans into zombie cannibals. It’s genre for sure, but subtly done, set in the remote countryside as Ann (Waters) and her husband and child struggle to find food and avoid the infected. Much of it is told in backstory, while in the current thread Ann is on her own and runs into a wounded man (Adam David Thompson) and his teenage stepdaughter (Gina Piersanti). There’s bonding, complicated sexual relationships, harrowing forays into infected areas and ultimately betrayal. There’s something new here to sink your teeth into for folks who hunger for the way “The Walking Dead” shambled out of the gate, with drama more about character development during the fall of civilization versus a CGI monster-fest such as “World War Z” (thrilling as that may be). On Kanopy and other services, and to rent or buy on Amazon Prime, Apple TV and other services.