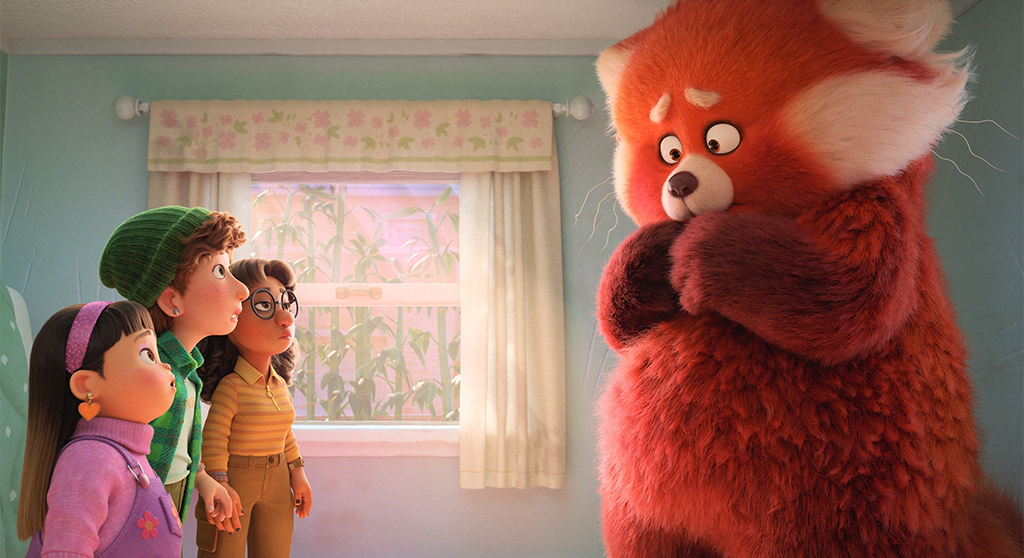 Yeah, the Oscars are tonight. Here are reviews of the Best Picture nominees and a link to the Day’s Best of 2021.

‘The Power of the Dog’

There are several new programs this week at The Brattle. Monday through Wednesday is “From Hollywood with Love,” a celebration of Scott Meslow‘s recently released book, “The Rise and Fall (and Rise Again) of the Romantic Comedy.” On tap are the 2018 hit “Crazy Rich Asians”; Reginald Hudlin’s deft 1992 corporate rom-com “Boomerang,” in which a womanizing egomaniac (Eddie Murphy) gets a taste of his own medicine from his new female boss (Robin Givens); and the 1989 classic “I’ll have what she’s having” from Rob Reiner, “When Harry Met Sally.”

Thursday it’s a 35 mm screening of “Casablanca” being shown as “A Benefit for Ukraine and Beyond” because the 1942 classic deals with issues of displacement from war. Proceeds from the screening will go to benefit those uprooted by the ongoing and totally bogus war in Ukraine.

On Friday The Brattle kicks off its “The Roots of ‘Mulholland Drive’” retrospective, weaving together diverse films that influenced or are emblematic of David Lynch’s 2001 surreal magnum opus, “Mulholland Drive” starring a young Naomi Watts, Laura Haring and Justin Theroux. On Friday it’s “Gilda” (1946), in which love, hate and loyalty play out between a casino hand (Glenn Ford), his boss (George Macready) and his boss’s new girlfriend (Rita Hayworth), who has a past with Ford’s underling. The classic 1950 take on the lonely downside to stardom, “Sunset Boulevard” starring Erich von Stroheim, Gloria Swanson and William Holden screens the same day, as does Robert Altman’s “3 Women” (1977) starring Janice Rule, Shelley Duvall and Sissy Spacek. That latter film, 20-plus years before Lynch’s thematic centerpiece, also dealt with the shuffling and interweaving of personalities and female identities. Saturday it’s Victor Fleming’s 1939 fantasy classic “The Wizard of Oz,” because it’s been said that Lynch loosely borrowed its structure; and Ingmar Bergman’s impeccable 1966 psychodrama “Persona,” in which female identities merge and morph with profoundly dramatic impact.

The Brattle’s Covid policy requires proof of vaccination or a recent negative test result for admittance.

The films of Flora Gomes continue this week at the Harvard Film Archive with “Tree of Blood” (1996) tonight and “The Children’s Republic” (2012) Saturday. The latter is Gomes’ last work and another contemplation on post-liberation Guinea-Bissau; Danny Glover is in the cast. Monday it’s an evening with Ghanaian American filmmaker Akosua Adoma Owusu, a visiting professor in art, film and visual studies at Harvard. Several shorts will be exhibited, followed by a Q&A with the filmmaker. On Friday it will be “Hale County This Morning, This Evening” (2018) from RaMell Ross, a Solomon fellow at the Department of Art, Film and Visual Studies.

The “Face/Off” pairings of John Travolta and Nicolas Cage roll forth this week at the Somerville Theatre with the 1981 Brian De Palma thriller “Blow Out” starring Travolta as a sound mixer who believes he witnesses a murder. In his exploration of the truth hidden in the tracks recorded on his mic, he uncovers deep political ripples and a cover-up – pure, classic Hitchcock homage; Nancy Allen costars. On the Nic Cage side of the house is the Oscar-winning 1987 love triangle “Moonstruck,” also starring Cher, Olympia Dukakis, Vincent Gardenia and Danny Aiello. It screens Tuesday.

Naomi Watts stars as real-life hiker Pam Bales, who holds tremendous respect for New Hampshire’s Mount Washington and its weather – some of the most mercurial and extreme on the planet – and sometimes throws in as a search-and-rescue volunteer. On one six-hour trip in 2010, Pam spies sneaker prints in the snow of a newly brewing storm and knows she has to find the person and get them down before sunset. Once found, the unprepared climber (Billy Howle) seems to harbor deep inner demons, and then some; after a harrowing journey, he simply jumps in his car and revs off without a thank you. Pam’s rescue of the mystery man becomes a news item, enticing a reporter to try to find the wayward hiker and set up a meeting with Pam. The film’s less about the drama of the rescue or the curious actions of the hiker and more about Pam’s internal journey; much of what she does is out of grief for two young daughters who perished in the not-so-distant past. Watts is excellent and carries the film, which has a dreamy, foreboding air. If you’re looking for great shots of the Granite State, think again, though. The film was shot in Slovenia. (Tom Meek) At Landmark Kendall Square Cinema, 355 Binney St., Kendall Square.

At Ancaster, a fictional prestigious très white New England college, Jasmine (Zoe Renee), a wide-eyed black first-year student assigned a room with a tragic past, and Gail (Regina Hall), a tenured professor and the first black woman to head a residential dorm, see racist people. Mariama Diallo directs her first feature, which belongs to an emerging genre of expressionist horror that depicts real-life fears such as racism (“Us”) or aging (“Relic”) through the supernatural to create an immersive experience. That said, “Master” may disappoint some looking for a more conventional horror story. “The Hunting Ground” (2015) leveraged the documentary format to decry how colleges care more about protecting their reputation than students’ safety in cases of sexual assault; Diallo chooses horror to warn students and academics of color of the psychological dangers hiding behind the hallowed halls. The moral monsters of “I Am Not Your Negro” (2016) become literal. As the film builds, referring to a vague legend about a witch and borrowing elements from “The Shining” (1980), “The Amityville Horror” (1979) and “Paranormal Activity” (2007), clever narrative misdirection and overuse of metaphors detract from the more biting social goals Diallo initially sets. (Sarah Vincent) On Amazon Prime Video.

Frank Martinez’s Tarantino-wannabe crime drama plumbs an unlikely intersection of the drug world and the film industry – both sleazy and lethal, it seems. We embed with Ray Balfi (Turk Matthews) a struggling screenwriter who toils as a low-level drug dealer to make ends meet. His big script, “The Dog’s Meow,” about a dog who goes undercover as a cat, gets pilfered – the why and the what are a subplot that says much about the biz – and made into a film. It’s not until the premiere that Ray learns of the theft, which sets him off on a bloody rampage. There’s really not much more to it than that. Much of the over the-top-violence and genuflection feels as if “Office Space” and “The Boondock Saints” (both made in 1999) got thrown into a blender. The result’s angry and gonzo, but inert. (Tom Meek) On Amazon Prime Video.

In the near apocalyptic future, World War III is raging, or perhaps it’s just Sweden having a civil war – hard to tell, as the other side’s simply referred to as “the enemy.” Streets are bombed out and people live like scavengers among the ruins, but the home team has a plan to win the war by sending a team of speed-skating commandos across the frozen north archipelago to deliver a package that will change “everything.” Noomi Rapace (“Prometheus”) stars as Caroline Edh, one of the six skaters on the suicide mission called Operation Black Crab because they need to move in a crablike fashion at night, across the frozen sea and behind enemy lines. Edh, who gets some backstory about a daughter in a refugee camp, is pretty good with a rifle and also onto the dubious machinations from higher up. It’s “Rollerball” via “Red Dawn” on thin ice. (Tom Meek) On Netflix.

A fun Pixar film for the family about Meilin Lee (voiced by Rosalie Chiang), a typical 13-year-old girl transitioning into a young woman, crushing on boys and boy bands and dealing with mean girls. Meilin is hit by family curse: When she gets overanxious or upset, she transforms into a big, red panda. Possible metaphors have shocked some parents, but even more notable was the recent – now pulled – CinemaBlend review that said the film was made only for Asian girls living in Toronto (where it takes place). Author/site editor Sean O’Connell caught considerable blowback for racism and sexism. The truth is, films are made with target audiences in mind – hello Marvel, DC and “The Hunger Games” – but speak a universal language, and the code of a critic is to help any and all find what pumps their cinematic blood. The film’s a solid Pixar entry but nothing notable on the scale of “Toy Story.” For the most, “Red” plays it on the comic side, and it’s really about getting to the big boy band concert. (Ironically, this week an article on Slate showcased the “worst movie review ever written,” which ran 20 years ago on Ain’t It Cool News: a sex-metaphor-laden gush over papa Del Toro’s “Blade II.” Wonder if Knowles and Del Toro are still as close as Knowles claimed they were.) (Tom Meek) On Disney+.

Jason Segel (“How I Met Your Mother”), Jesse Plemons (“I’m Thinking of Ending Things,” “The Power of the Dog”) and Lily Collins (of television’s “Emily in Paris”) star in this trite character study that never gets too deep into the souls of its players. Plemons plays a billionaire who arrives with his wife (Collins) at their vast orange grove estate in the California highlands to find a burglar (Segel) pilfering about. The burglar manages to hold the couple hostage for a bigger payday that leads to waiting on a big suitcase of cash as the three play off each other, revealing the human soul of the crook (kinda) and fraying relations between husband and wife. Director Charlie McDowell’s clearly going for the Hitchcock vibe of “Rope.” The music by Danny Bensi and Saunder Jurriaans achieves that goal; the rest, not so much. The lush landscapes and spare hacienda-style interior of the manse make for great viewing, and the final twists come right out of left field. (Tom Meek) On Netflix.