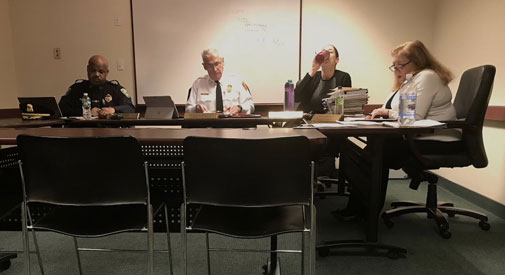 EMF? Tree loss? None of these things had to happen, but we let them
By Marc Levy

Sure, it’s become almost impossible to talk about residents getting squeezed out of Cambridge, a crisis almost since rent control ended in 1994, without pitting neighbor against neighbor; and the Constellation Center bugged out of Kendall Square after leading us on for two decades; and we lost two grocery stores, including a member-owned co-op opened in 1974, and the city’s only 24-hour grocery closes at midnight starting Jan. 6; and this was the year we lost not just another bicyclist, 29-year-old high school teacher and 27-year-old pedestrian to motor vehicles, as well as a 15-year-old girl to violence. But there’s a category of worst things that falls into the realm of systemic or willful – the kind of thing we don’t have to do, but for some reason choose to do, the kind of thing we could address, but don’t – and it’s some of those things highlighted here.

Want to see some of the best of Cambridge in 2018? Click here. 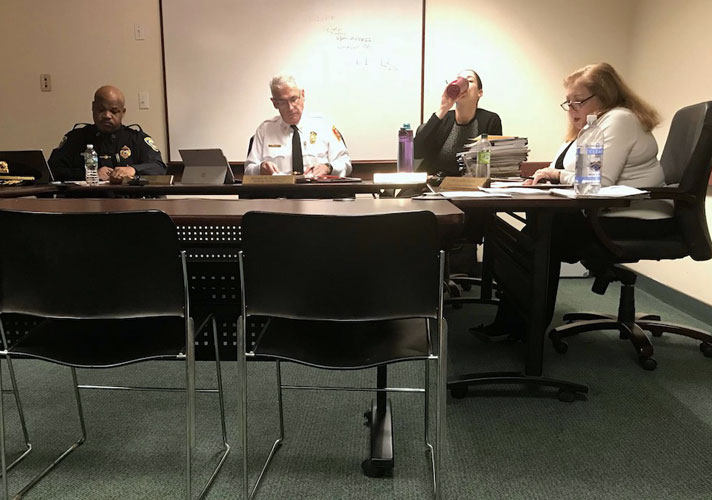 What else could lead this list – appearing for the third time, though there was no such list in 2015 – than a body choosing to pursue a bizarre, embarrassing vendetta against a private business and spreading its stain to police and fire officials while failing to be reined in by the city manager, City Council or state officials? Using fire inspectors to enforce a law never put on the books, the License Commission went after the UpperWest wine bar and charcuterie for setting out tea lights for atmosphere. The fire department threw up a regulation on its website after the fact (acting like it’d been there the whole time) that accidentally made candles illegal throughout the entire city; a fire inspector making $176,232 a year claimed heavy glass containers around the tea lights could become “combustible material by being cracked … like if ice got in it from a drink”; and license commissioner/Police Commissioner Branville G. Bard Jr. agreed an UpperWest co-owner was guilty of threatening fire inspectors – contrary to the fire inspectors’ testimony he’d just heard – drawing a rebuke from the local American Civil Liberties Union, which said his vote “appears to raise serious free speech issues.” What’s even more embarrassing for Cambridge is a city manager, mayor and councillors who let the farce play out even as the License Commission nears a potential court date for its last round of malfeasance. 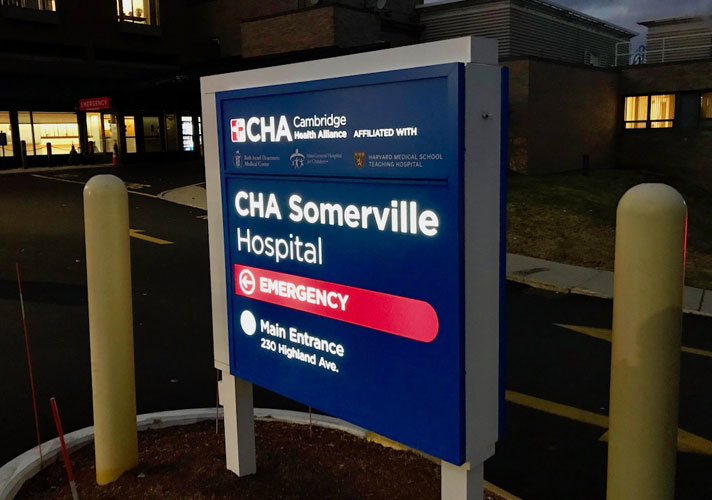 Cambridge Health Alliance is forced to answer for a death.

When Cambridge Day wrote in January about a death outside the CHA Somerville Hospital emergency room, Cambridge Health Alliance officials refused to answer questions. Too bad for the health care system that the husband of the victim got the details eventually from a police report – and happened to be Peter DeMarco, a sometime writer for The Boston Globe, whose account of the incident and how the Alliance had to be forced to come clean appeared in the Globe Sunday magazine. Two years after the death, there was finally an apology and promise to  investigate “where we have fallen short.” City councillors plan to call in officials to ask how the health care system will make itself more transparent, and a crisis communications consultant and college professor says he’ll make the CHA response a case study in how not to handle a public relations crisis. 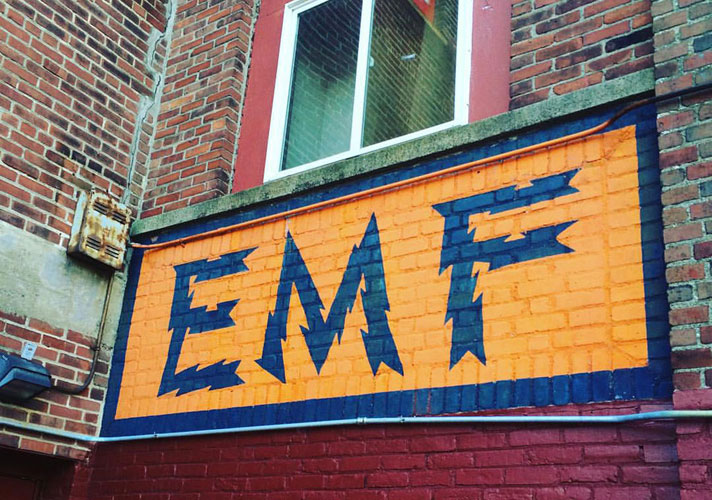 A developer kills the EMF building just because he can.

Developer, property management firm heir and Harvard Square Business Association president John DiGiovanni could have bought a building anywhere to turn into offices, but he chose to buy and shut down the iconic Brookline Street building that for a little over a decade served as an affordably priced music and arts ecosystem near Central Square with hundreds of artists in 60 rehearsal spaces, as well as recording studio and CD-burning businesses. This was exactly like those movies where an evil developer comes in and threatens to destroy the local rec center, youth center, orphanage or whatever, leaving the scrappy underdogs to figure out a way to save it – except this is real life, so the scrappy underdogs lost, and so did the Central Square arts scene and the city as a whole. It took a toll on a Harvard Square street festival as many musicians boycotted except to protest, and it didn’t make safety inspectors look too good either: They’d declared the building safe until it came time for the city to consider stepping in to save EMF, when the building got a half-hearted look and was suddenly judged too hazardous for the city to take on. DiGiovanni, meanwhile, advocates for the arts, so long as they’re in Harvard Square and it benefits his organization. 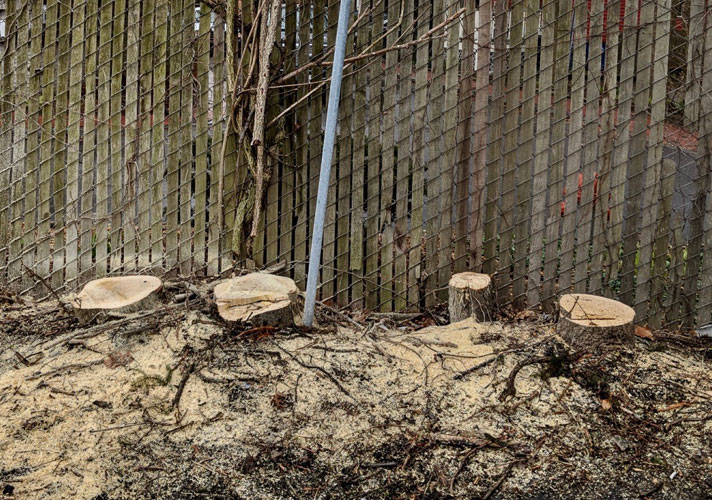 About a fifth of the city’s trees die before action.

The city launched its Urban Forest Master Plan Task Force this summer for a year of monthly meetings, around 16 months after the council passed an order for “more aggressive” action and even longer since a formal citizen request and petition for a task force from August 2016 – the Cambridge version of speed on a crisis that residents have been sounding alarms over for around a decade. During that time, mature trees from the Museum of Science to the Silver Maple Forest have been chopped down, leaving Cambridge increasingly vulnerable to extreme heat days and flooding that will result from climate change. News in September that the city appears to have lost 18 percent of its tree canopy in less than a decade was stunning but not shocking to advocates keeping track, fighting against the removal of trees from an Inman Square redesign or raging about a 36 caliper-inch pin oak destroyed on Gore Street by clumsy Eversource workers. No wonder that planting 100 trees was by far the most popular choice in the year’s participatory budgeting process, even though it followed a vote for 100 trees to be planted from the previous year’s participatory budgeting. Yet when the Association of Cambridge Neighborhoods distributed a publication just after Christmas with gathered information about tree loss, the mayor and others chose to treat it with suspicion, including claims from members from the group A Better Cambridge that concern about trees is just a ruse “to stop the development of desperately needed housing.” 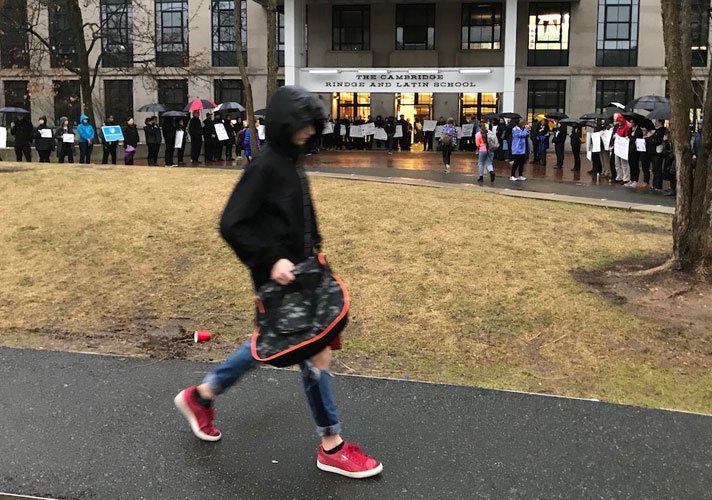 City government resists only until it can’t anymore.

In terms of state law, sales of recreational marijuana could have begun in Cambridge in July, which might have made sense in a city where 69 percent of voters approved of the idea on the November 2016 statewide ballot (significantly ahead of the 54 percent of voters statewide). But 2019 arrives with no such sales, a continuation of the lagging energy on the part of public officials that greeted medicinal marijuana sales before. Weed is hardly the only possible poster child for the municipal sports of foot-dragging and the plunging of heads into sand, though, and it’s probably the most benign. Along with a decade of resistance on dealing with tree canopy loss, the idea of a pedestrian and bicycle bridge over North Cambridge railroad tracks goes back at least to a 1979 study and is even more relevant now that Alewife is booming, but was disappeared from a master plan presentation last year and left out of the current budget book; instead of doing a financial feasibility analysis of a city-owned network for Internet called for in September 2016 by the city’s own Municipal Broadband Task Force, staff is opting for a“digital equity research initiative” widely panned as “spinning our wheels”; and problems of race in Cambridge Public Schools, primarily at the high school, have been raised prominently by teachers and students for years with little effect – until a School Committee roundtable was held in early December and a silent protest late this month after a second racially charged incident directed at a teacher of color. A presentation to students days earlier that was expected to be about hate speech turned out to be about unrelated issues of “respect,” forgetting the advice of students from nearly two years earlier to address hate speech head-on after an earlier spate of incidents. At least the Cambridge Redevelopment Authority sees the Foundry community building opening in February 2021; after all, it only became city property in January 2012, but the city manager’s first instinct regarding the building won by residents in a 2009 real estate deal was to just sell it off.